Dr. Michael Salla just made another major contribution to planetary Great Awakening processes by publishing a “short film” yesterday introduced by a brief article at Exopolitics.org, Antarctica & Origins of the Dark Fleet, in which he says…

I’m delighted to announce the release of a short film presenting the recent history of Antarctica and how a breakaway German colony established a presence in an extensive underground cavern system, and used it as a base of operations for building a fleet of reverse engineered alien spacecraft. The German “Dark Fleet” has evolved over decades to become a powerful force on Earth and in Deep Space. Learn why the existence of the Dark Fleet is to be exposed as a necessary condition for humanity entering a golden galactic age where we interact with highly advanced extraterrestrial civilizations who share advanced life changing technologies. I wish to thank my inspired and incredibly talented wife, Angelika Whitecliff, for the many hours she devoted to creating this short film and raising public awareness of these critical issues.

Just click the image below to watch this excellent brief video covering fascinating and critical history that’s been kept “top secret” throughout the post-WWII period, but is now coming to light as part of ongoing Great Awakening processes on Earth. Not only have these topics never been taught by our mainstream institutions – government, academia, media, religion – but have been intentionally falsified for generations.

Video Transcript Below the Image Gallery 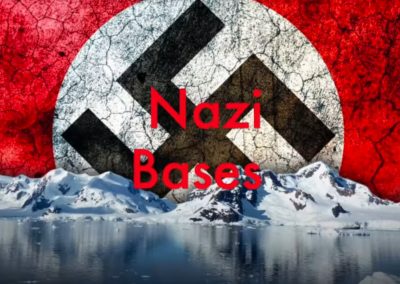 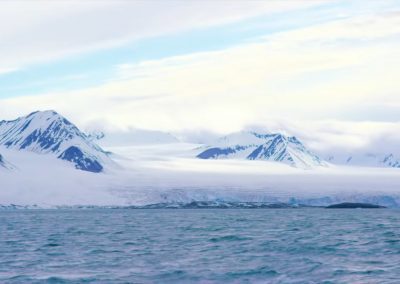 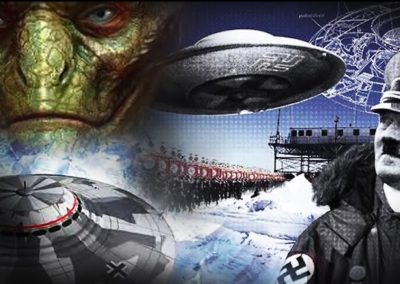 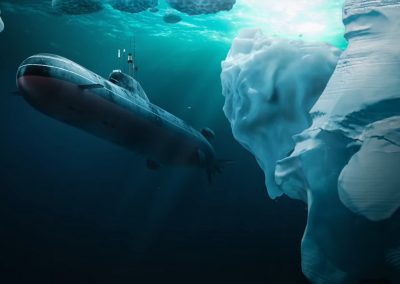 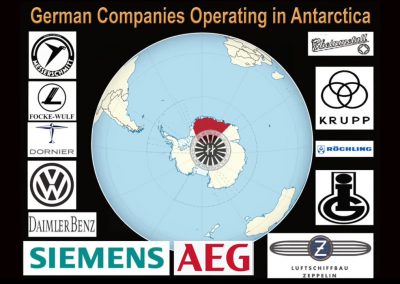 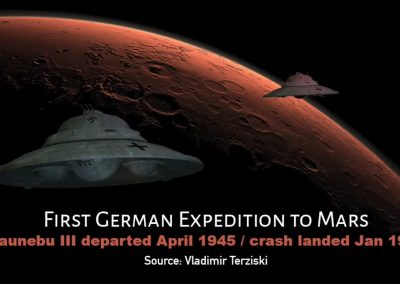 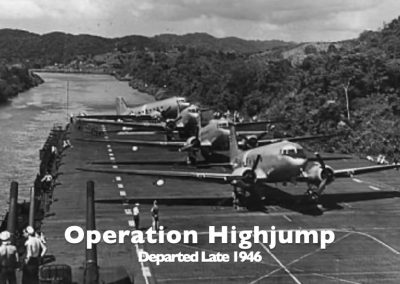 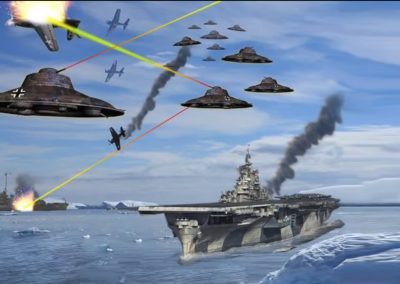 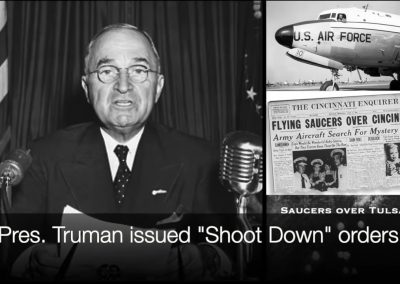 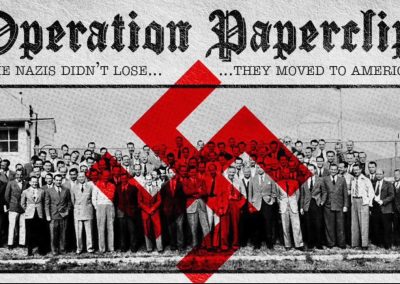 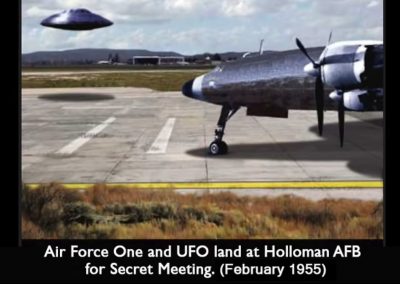 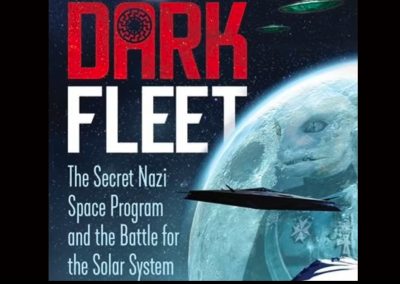 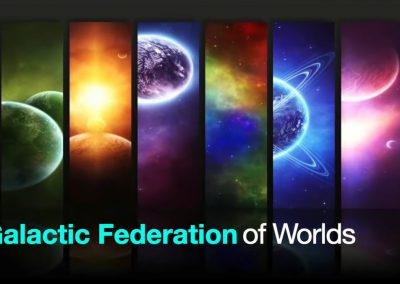 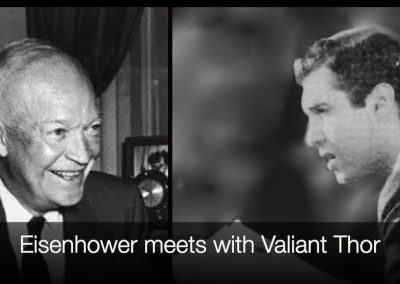 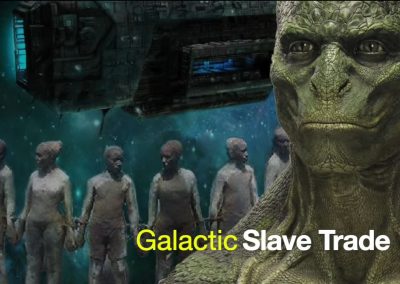 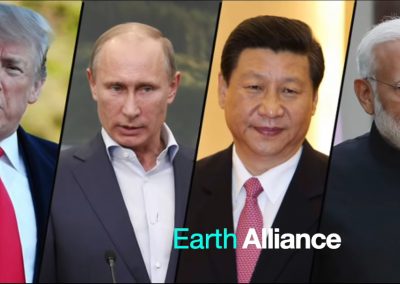 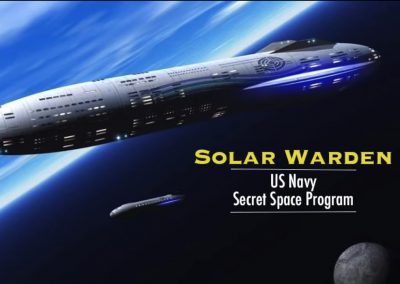 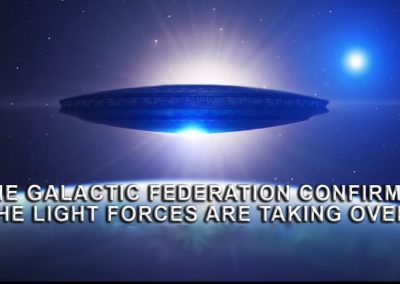 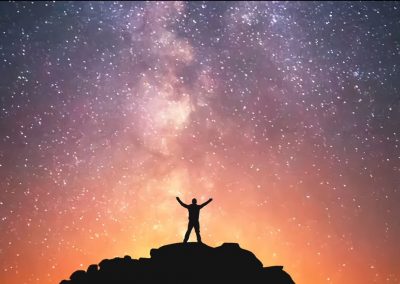 Antarctica is a vast icy continent hiding many untold secrets. In 2017, scientists discovered that Antarctica harbors the world’s largest network of active volcanoes. Further investigations revealed that over the millennia, these volcanoes have generated massive heated caverns deep under the ice. More remarkably, scientists have recently learned that Antarctica’s thermally heated caverns possess an average temperature of 75 degrees fahrenheit or 24 degrees celsius, and can comfortably sustain life.

However, this incredible discovery was actually made decades earlier by Nazi Germany and kept hidden from the rest of the world. Back in the 1920s, the Vril Society and a beautiful and talented German psychic named Maria Orsic began having telepathic communications with an extraterrestrial group from Aldebaran. These human-looking extraterrestrials began giving Maria Orsic detailed mechanical specifications to build a flying saucer prototype.

The Aldebaran extraterrestrials were the allies of a far more powerful and dangerous group, the Reptilians, who became directly involved once Adolf Hitler became Chancellor of Germany in 1933. Hitler learned of Orsic’s work and convinced her to join his regime, offering resources to accelerate her technology development project. Soon after, Hitler’s regime made agreements directly with the Reptilian extraterrestrials who not only offered advanced technologies but also maps identifying an extensive cavern and tunnel system located in Antarctica.

In 1938, Hitler sent a naval expedition to find them. This Neuschawbia expeditions succeeded and found the hidden entrances into the vast subterranean cavern system. Throughout World War II, Nazi Germany sent supplies and personnel to build a fortress under the ice. In 1944, Admiral Carl Donitz declared that this hidden fortress was impregnable. It was here that the Nazis built flying saucer craft with advanced laser weapons.

All the while, the Germans continued to receive help from the Reptilians who had forged an ungodly deal with Adolf Hitler in exchange for advanced technologies. The Germans would create a space fleet to fight alongside their alien allies in interstellar wars. This new Dark Fleet began missions to the Moon and Mars during World War II.

Admiral Richard Byrd was chosen to lead a US naval fleet to find the German Antarctic fortress in a classified mission. However, by necessity, it was given the public persona of being a scientific survey mission. Operation High Jump departed in late 1946 and officially comprised 4,700 men, 13 ships and 33 aircraft. Among the armada was the USS Philippine Sea, the Navy’s newest aircraft carrier, which could convey up to 100 of the military’s most advanced war planes. Admiral Byrd was to lead a land, sea and air assault on the German underground fortress.

In the end, however, the battle for Antarctica was ferocious but brief. The German flying saucer fleet decimated Operation High Jump, destroying all of its planes and inflicting heavy losses on the naval ground forces. Most of the navy ships were left to return to the US carrying news of the devastating defeat. Admiral Byrd publicly warned of a new enemy that could fly from pole to pole at incredible speeds, before his voice was silenced within the US.

After 1947, the Dark Fleet began to fly over US air space. President Truman issued shootdown orders and many US Air Force planes were destroyed by the Dark Fleet, which suffered few losses. By 1952, the Dark Fleet was able to fly over Washington DC with impunity. The Truman administration was forced to begin secret negotiations.

President Eisenhower soon after took office and despite his misgivings about making any agreements with the Dark Fleet, he bowed to the pressures of his national security advisors. By 1955, a deal had been struck. The US would ally with the Dark Fleet in exchange for advanced technologies. The US would provide resources and personnel to expand the Dark Fleet. As a consequence, the Dark Fleet grew rapidly in size and power to become a threat to many peaceful extraterrestrial civilizations.

Humanity, while asleep to the Dark Fleet’s existence, still bears responsibility. The Galactic Federation of worlds sent a representative to meet with Eisenhower to renew their earlier offer of assisting humanity’s quality of life, as long as the countries of Earth did not pursue military buildup and nuclear armaments. The representative warned of the dire threat posed by the Dark Fleet and the need for humanity to know the truth and awaken.

When the Galactic Federation was turned down, they began a vast covert operation in which individuals around the world were contacted directly and shown the truth to share with others. Their goal continues to be to raise human consciousness and awaken the masses. Along the way, powerful groups such as the Earth Alliance – composed of “white hat” political, military, diplomatic and scientific leaders along with the Navy’s Solar Warden Secret Space Program have allied with the Galactic Federation.

Humanity’s liberation is currently underway, with exciting new developments unfolding around us. Most importantly, humanity has made a collective choice it will awaken and expose all the lies. Nothing can stop what’s coming!