Beginning at 33 minutes in this September 24, 2021 update, Kim Goguen describes a high-level Cabal ceremony she says was held during the full moon last month – satanic sacrifices involved, as usual – the goal being to boot up a new global financial system, to be steered in the direction of a COVID vax pass and “carbon footprint” high-tech global peasant control grid. Associated with the ceremony, Kim says Donald Trump was instructed to sit in the “Chair of Destiny” – which had been shipped to his Mar-a-Lago residence – intended to give him god-like powers, to access a global financial “Back-end System” (which Kim claims to control). She says Trump & company were unsuccessful in this effort, as they have been repeatedly past three years. It’s definitely interesting food for thought. 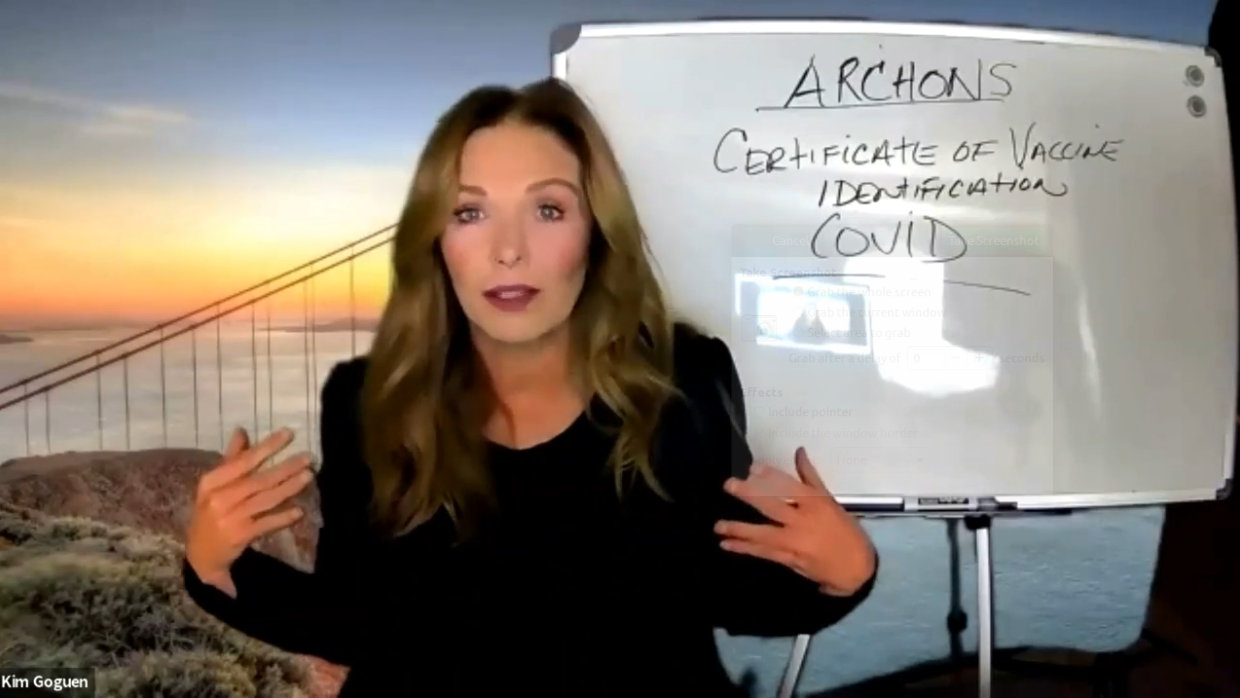 Whether Kim Goguen’s narrative re: apex global financial doings is true or not (described past the 33 minute mark in the video above) we can’t say for sure, but it’s certainly a more cogent presentation than anything that’s been forthcoming in recent years, and lately, from the primary Trump “white hats” QFS-GCR-RV spokespersons, such as Charlie Ward (see this recent discussion between Kim and Charlie).

Explaining how she could be in as pivotal a role as claimed – controlling “Quantum Mapping” and “Back-end” systems controlling global banking and communication networks – Kim says, “I just happen to have a big system that helps me. And Source, of course.”

Normally, this week, the generals [high-level Deep State assets] – such as contractors, agency guys and whatnot – would get their contracts the day after the harvest moon. So, they were waiting in various places around the world…for their contracts on Tuesday, to come from Trump. Now, why Trump? The Chair of Destiny was moved to Mar-a-Lago, where Trump also was this week, which he was supposed to sit in at precisely the moment of the full moon, and then, he would have control over the system that I control. So, he sat in the chair. Went over and tried the terminal that he took from the White House. Nothing happened. Sat in the chair, nothing happened. Went back to the terminal, nothing happened. So, he called the people that gave him the chair. And they said, “Well, sorry, I guess you’re just not The One, click.”

Kim says she has repeatedly given Donald Trump and his inner circle – and the Euro Rothschilds-Vatican banking networks – a “50-50 Offer” in recent years, which none of them have accepted. According to her, that would involve half of all World Trust funds she authorizes to flow into the global “Front-end banking system” going to governments, the other half going directly to people via global Peoples Assemblies her network is in process of establishing. Kim says Donald Trump doesn’t want his support network to know that she controls the global Back-end financial system and wants to be re-elected President in 2024.

Okay, fine. However, if we don’t fix this soon, we’re not going to have a country in 2024, you idiot! I mean, come on. I know there’s a lot of people out there who still want him back in office. Whatever. Doesn’t matter. They’ve tried this, like, seven times. They keep doing the same thing over and over again and expecting a different result. We don’t care. We’re still moving on.