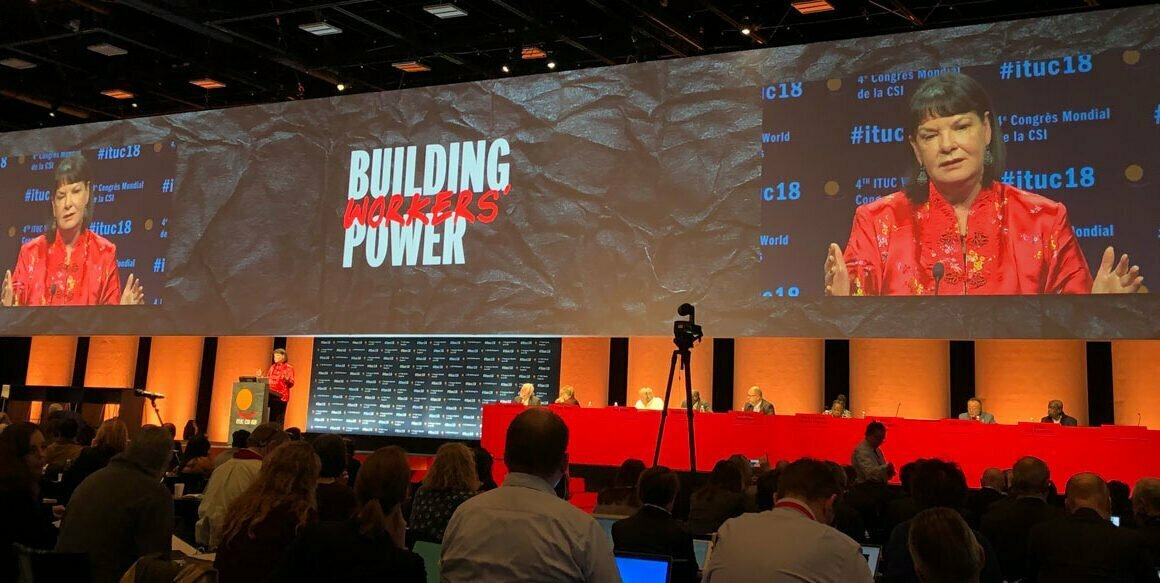 Excellent as this article and its companions are, there’s one huge omission; ongoing complicity of AFT and NEA pushing deadly COVID injections on tens of millions of students, faculty and staff – as required to remain enrolled or employed – even as wave after wave of evidence has rolled in indicating that COVID injections are filled with toxic substances – incl. self-replicating spike proteins and graphene oxide nanos, cancer cells and nagalese – causing sky-rocketing rates of heart attack, stroke, cancer, infertility, cerebral edema and more. AFT is leading both the K-12 and higher ed COVID mandatory injections push in the US, even as students and instructors protest and others fall by the wayside, disabled by the injections. Who’d have thought major teachers unions would become partners in…planned genocide and an attempt to permanently curtail human rights on a global basis.

Those who know how our planet’s multi-d Cabal vampire squid operates, realize that all kinds of seemingly random catastrophes and gee-whiz major developments are actually the result of a tightly organized global pyramid of planning and control which operates via layered committees, with responsibility divided both functionally and geographically, held together via vast funding mechanisms driving a global system of benefits, punishments and draconian military discipline.

True. Also true that above C300 – the Committee of 300 – has always been the World Council and, at the eye of that global control structure, a solitary “Dark Prince.” Not to stray too far from the world of accepted dumbed-down political economy into esoteric realities, let’s just say that – this ancient global structure of dark control having recently been decapitated by a returning cosmic cavalry (still parked in the neighborhood) – humanity is nonetheless still confronted by a vast parasitic agglomeration of Cabal control freaks, pathological liars and white collar criminals who retain vast influence – via structures assiduously built in anticipating of the ongoing COVID Great Reset planetary lockdown attempt – on global society.

And, besides finance, media and government, what sector would be more important for our planet’s ancient satanic control networks to steer than education, starting at the preschool and kindergarten levels? As their post-WWII experience creating false flag Problem->Reaction->Solution paradigms via MK-Ultra subjects has shown, the earlier you start full-spectrum brain-washing, the better.

Rest assured, the language explaining such initiatives will be filled with sweet lullabies intended to calm the potential concern of well-meaning peasants, just as cancer cells cloak themselves with seemingly normal protein sheathes. Thus, it’ll all be designed to give us a Sustainable, Inclusive, Equitable, Responsible, Safe and Diverse future. Alternately, we can simply turn those words upside down – recognizing the nature of their authors and planners – to understand the true underlying objectives.

This as intro, this recent article – Education International, ITUC and the Global Push to Inject the 4IR and Transhumanism into Schools  – continues a superb trilogy by the same author re: ongoing takeover of the global K-12 and higher ed landscape by NWO technocrats, leveraging bribed and compromised teachers union leadership and the COVID Great Reset plandemic as a “crisis opportunity” toward creating a global social credit score 4th Industrial Revolution technocratic prison camp.

And yet, there remains the compelling option to Just Say No. IE: Tune in, Turn on, Drop out. 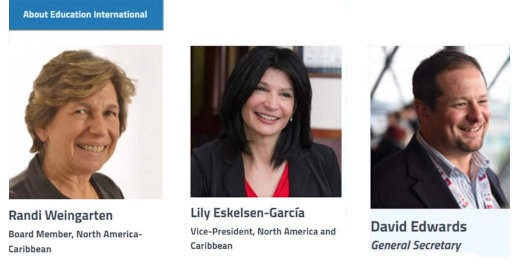 selling the educational sector to the highest bidders

Education International, ITUC and the Global Push to Inject the 4IR and Transhumanism into Schools excerpt –

“For nearly thirty years, GUFs like EI (Education International) and the ITUC have been led by globalist technocrats, such as David Edwards and Sharan Burrow, who both cavort with world governance institutions, including the World Bank, the IMF, the UN, the OECD, and the WEF. As the General Secretaries of EI and the ITUC respectively, former NEA Associate Director Edwards and former EI Vice President Burrow have been signing on to public-private ed-tech partnerships in order to usher in the Social Credit “impact” economy of the transhumanist Fourth Industrial Revolution.

In turn, the “member organisations” and “affiliated organisations” of EI and the ITUC, including the AFT and the NEA, have been adopting these ed-tech directives from the World Bank, the IMF, the UN, the OECD, and the WEF, thereby passing down these post-human Social Credit policies to EI’s “32 million teachers and education support personnel in 178 countries and territories.”

So, if you’re waiting for EI, the ITUC, or any other GUF to lead a worldwide general strike against trans-humanist technocracy, don’t hold your breath. Labor movements and strikes must be organized by grassroots efforts from workers on the ground in their local communities. As long as EI, the ITUC, or any other GUF globalizes organized labor through top-down efforts orchestrated by world governance institutions, the interests of teachers and workers will continue to be subordinated to the techno-imperialist interests of the World Bank, the IMF, the UN, the OECD, and the WEF, which are all in bed with multinational corporations.

If unionized educators, school employees, and other workers who belong to EI or the ITUC cannot sway their GUF bureaucrats to oppose the transhumanist techno-fascism being pushed by the World Bank, the IMF, the UN, the OECD, and the WEF in collusion with Big Tech, then it might be time for teachers, school staff, and other wage laborers to drop out of any union affiliations with EI and the ITUC. Perhaps it is time for the educational workforce and other labor forces to reassemble new grassroots unions to set up parallel structures that represent the interests of teachers and other workers who dissent from the dystopic conditions of the post-human schooling system being thrust upon students and teachers alike.”