“And the ‘Prime Directive’ is going to be amended. A paragraph, a section, is going to be developed with more specificity…putting an end to this kind of problem.”

It’s official. Elena Danaan says the Galactic Federation’s “High Council” just discovered why it’s been a bunch of cowards, hypocrites and flakes past 10,000 or so years with respect to Earth civilization. A missing paragraph in the Prime Directive! So that was the problem all along. Whodathunkit? Those DAMN paragraphs! 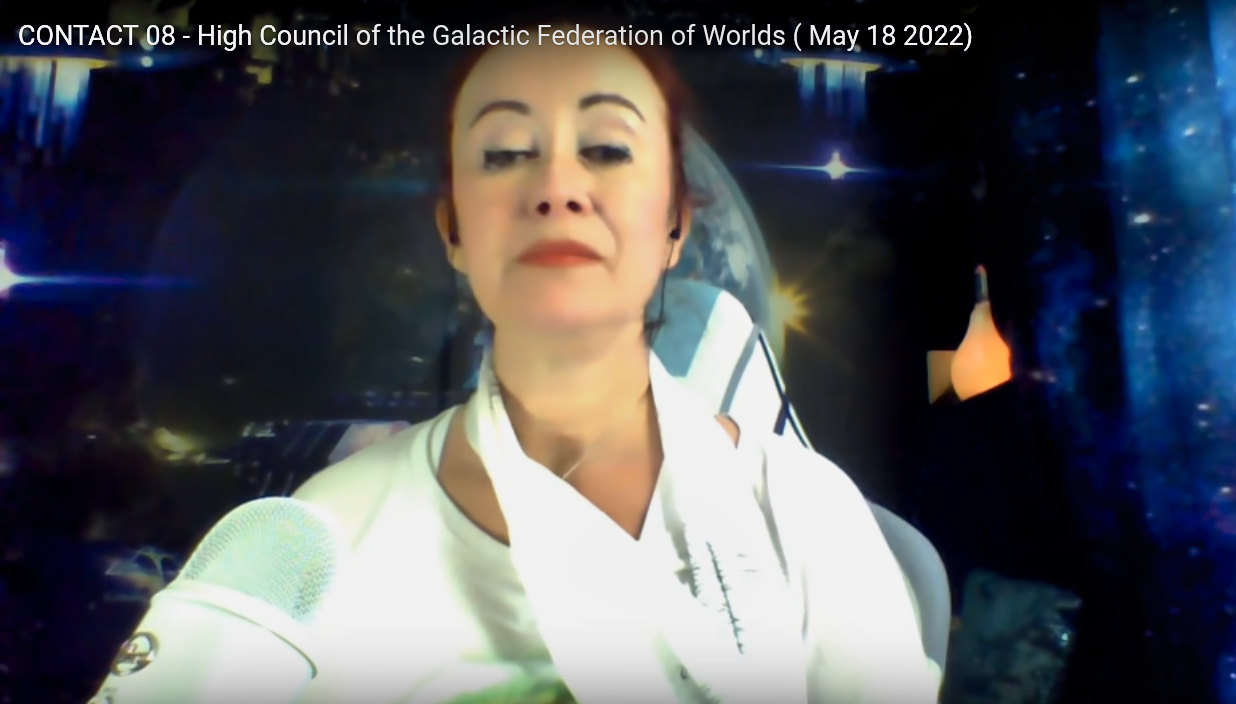 You know what family reunions are like. You get to hear all kinds of ridiculous excuses for rotten things done and not done, then decide if it’s worth responding. And so it is with the developing galactic family reunion, as this latest Elena Danaan update demonstrates.

Let’s not blame Elena. She’s serving as a good-faith messenger on the part of her “Galactic Federation” contacts whom, she’s said, hail mainly from a Pleiadean civilization. One which – spurred by recently returned Inter-Galactic ie: Universal Council groups – has recently gone into high gear providing useful services helping to clear Cabal strongholds, that being a major departure from their behavior during the past many millennia more involving, it would seem, popcorn munching.

In this update, Elena says, “Evolution is the freewill decision of a culture. This must not be interfered [with].”

So true. Problem is, that directly negates the absurd GF narrative vis a vis its inaction during the post-WWII era, wherein it allowed Earth’s Cabal network to grow like a fungus, taking everything perilously close to full-on planetary meltdown while doing nothing beyond blocking major nuclear detonations. Okay, that was hugely valuable, but also one where self-interest figured in, given that nuclear detonations have major negative effects on nearby civilizations.

Michael Salla, Elena Danaan, Laura Eisenhower and others have discussed the post-WWII history wherein a group led by President Eisenhower and MJ-12 – the Majestic 12 committee established by Pres. Truman to investigate the Roswell crash and control reverse engineered ET technologies and info – rejected a vague 1954 GF offer of peace and high tech before accepting a 1955 counter-offer by the Nazi-Draco-Greys NAA (“negative alien agenda”) alliance, that being the ET element the CIA, Pentagon, MI-6 and NATO have been primarily aligned with until today.

Related to all that, the narrative from those speaking on behalf of GF sources that, as the cosmic dark axis on Earth moved ever closer to 2012 era prison planet outcomes – the combined Annunaki Old Testament and Orion Draco-Greys network – that they could not intervene for Prime Directive reasons, because “Earth’s representatives” had made a deal with the bad ETs.

Sure. All agree that even Pres. Eisenhower did not want that deal. It was instead CIA Director Alan Dulles and US Army Gen. Curtis Lemay who agreed to the NAA deal – both Cabal stalwarts involved in the assassinations of James Forrestal and JFK – and no proceeds of these 1954-55 meetings were ever released to the public, all the related topics were always intentionally misrepresented and kept secret, and the NAA factions never even abided by the 1955 terms.

None of the individuals involved in these clandestine negotiations were elected officials, save Eisenhower. To the extent any could be said to “represent” the people of the US – notwithstanding the secrecy and lies – none could possibly be construed as representing the other 95% of humanity. Let’s guess. The Galactic Federation’s High Council lacked the intelligence to see that during the past 60+ years but just now discovered…“Wow! A missing paragraph!”

Uh huh. In other words, now that some non-BS ETs are back in our neighborhood – the Universal Council Kim Goguen mentions, the Sphere Being Alliance and Inter-Galactic Council Corey Goode and Elena Danaan have mentioned – the GF is finally growing a backbone. Almost like they’re going to tell the truth as they finally part company with some of their historic dark alliance allies, now sinking.

“As above, so below” has always been true. The seriously messed up situation here on Earth for long millennia – societies dominated by bullshit artists and criminals occupying the highest positions of power, generation after generation – always reflected the higher dimensional reality surrounding us. The good news? Better late than never and at the stroke of midnight, things are finally changing for the better. 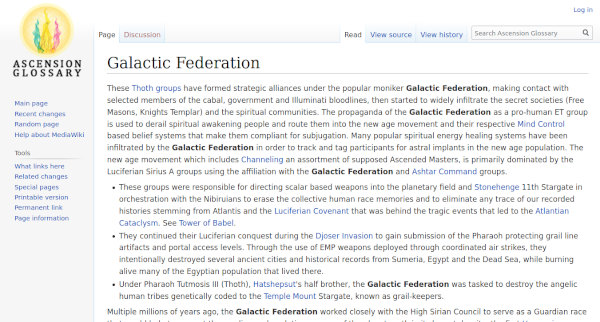 Lisa Renee re: the Galactic Federation

Are there decent and helpful elements in the Galactic Federation of Worlds aka: Galactic Federation network Elena Danaan speaks of? Definitely. Have some such been providing useful services during recent years? Yes. Have elements of that network been involved in blocking some of the worst Cabal chess moves during recent decades, including nuclear detonation attempts? Definitely.

Has the overall GF network been a gallant helper all along, enforcing the “Prime Directive” on Earth by assuring that the cosmic dark axis did not gain such overwhelming power and control that humanity lost any semblance of “informed consent” and ability to meaningfully navigate duality, versus being relentlessly and forcibly driven toward an intended prison planet future? Nope. Major GF network elements were complicit in the Atlantean tragedies and have remained complicit with dark alliance NAA networks ever since.

It has only been very recently that assorted hypocrites and bullshit artists in GF leadership roles have been shamed into greater compliance with Prime Directive principles by the combination of returning cosmic cavalry and valiant ground crew efforts. Lisa Renee may be a bit harsh on the GF in this AscensionGlossary.com article, but she also knows more than most.

“These Thoth groups have formed strategic alliances under the popular moniker Galactic Federation, making contact with selected members of the cabal, government and Illuminati bloodlines, then started to widely infiltrate the secret societies and the spiritual communities. The propaganda of the Galactic Federation as a pro-human ET group is used to derail spiritual awakening people and route them into the New Age movement and their respective Mind Control based belief systems that make them compliant for subjugation. The New Age movement which includes channelling an assortment of supposed Ascended Masters, is primarily dominated by the Luciferian Sirius A groups using the affiliation with the Galactic Federation and Ashtar Command groups.”