It’s relatively well established among the non-clueless of our world that a “Great Flood” indeed occurred roughly 12,000 years ago, washing away major land masses along with their buildings, artifacts, citizens and civilizations, associated with an ancient Atlantean culture that had outposts across the Americas and Europe, the Mideast and northern Africa and areas now filled by the Atlantic Ocean.

It’s also clear, both from legend and many artifacts recovered from subterranean sites around the world – most such quickly covered up by secret military “illuminati” factions tasked with helping keep humanity’s true history under wraps – that Atlantean civilization included both a “gods” caste possessing ET class technology and a much larger plebes ie: sheeple class population, lacking both the high-tech toys, privileges and capabilities of…the gods.

While many archaeologists and investigators working outside mainstream academia’s strictures – eg: Michael Cremo, Michael Tellinger, others – have offered convincing proof regarding the existence of advanced ancient cultures on Earth, in this fascinating video – preview to more extensive coverage of the topic available at FarsightPrime.com – our world’s leading remote viewing pioneer and educator, Dr. Courtney Brown, outlines an RV session he recently designed and led which looks to reveal the true story of the Great Flood and Noah’s Ark in some detail, as only professional akashic record ie: RV access can. 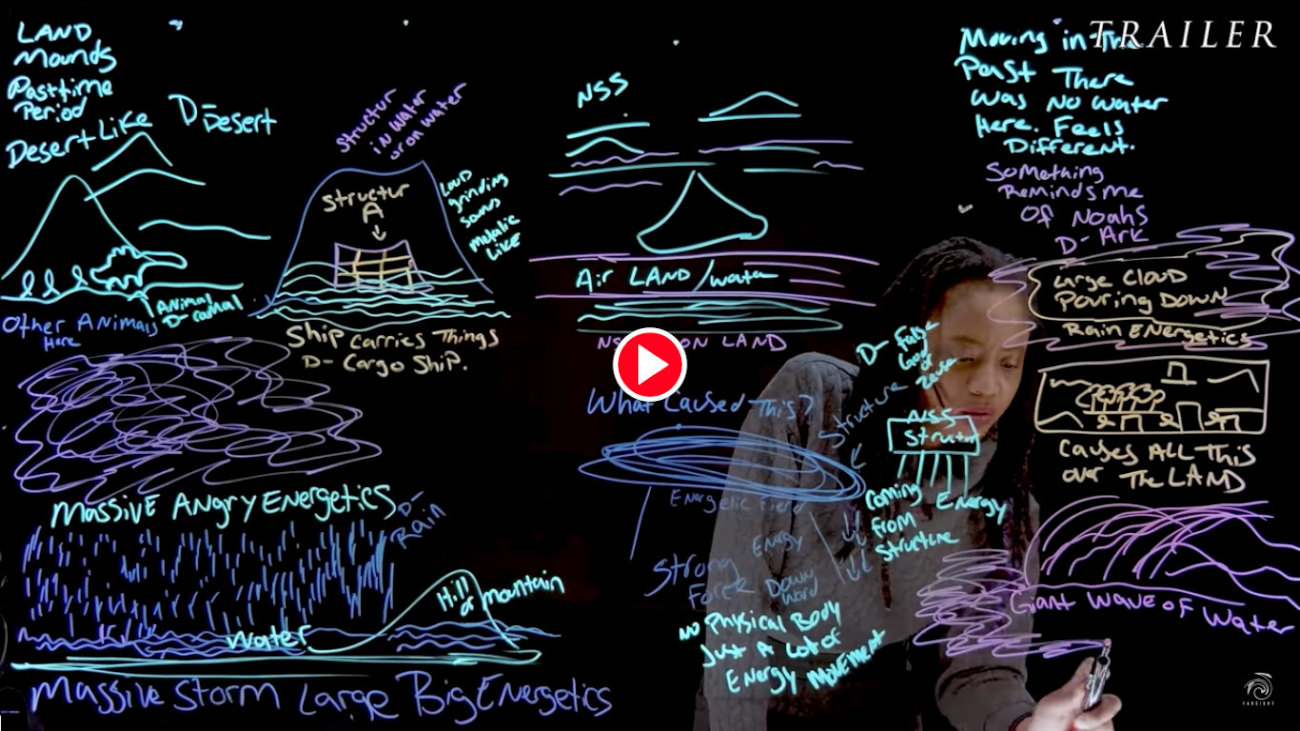 Noah’s Ark. Everyone has heard about it. Epic movies have even been made of the story according to legends that appear in many texts, cultures and traditions and which are represented in a surprising number of religions. Well, we at Farsight have found that the ancient legends are often the result of something real…and this story of Noah and the Ark seemed perfect for us to investigate using remote viewing.

One of the primary missions of Farsight is to use remote viewing to remove the veil of secrecy regarding the true history of our planet. The legend of Noah’s Ark is a big part of that secrecy.

Friends, this was clearly a brazen attempt by extraterrestrials to create a legend for ulterior purposes. It was a psychological operation aimed at controlling a planetary population. The extraterrestrials wanted to spread the idea that humans should obey or they would be totally destroyed by a powerful god, and it looks like it worked. Those extraterrestrials did not care a bit about the amount of suffering that they imposed on the human population.

They realized that a powerful psychological operation…would work well in helping to control the primitive human population for millennia. It is all about control. One thing is clear. The Great Flood was not a naturally occurring event. The ETs did it and they did it for a purpose that had absolutely no regard for the consequent human suffering. In fact, the human suffering was part of the plan from the beginning.

As it turns out the Great Flood actually happened, although the cause…will be a surprise to many. It also turns out that there actually was a Noah guy and there was a subject who Noah identified as “God.” Also, there was an ark. However, the so-called ark was actually quite a bit different from that described in the legends.

I’m sensing a lot of water, so I deduct ocean because of the extensive amount of water that’s in this location. I can kind of see…land peeking up here and there, but it is mostly water.

Big animal-like creatures in these very tight cages and this very tall subject and very short subject, and they’re just walking down. And, it looks like the animals in these sort of display cages…like they’re completely frozen.

Moving inside of this non-surface structure, I’m seeing the same type of guys that we were seeing earlier, just these these big-headed subjects who are all at these various consoles. 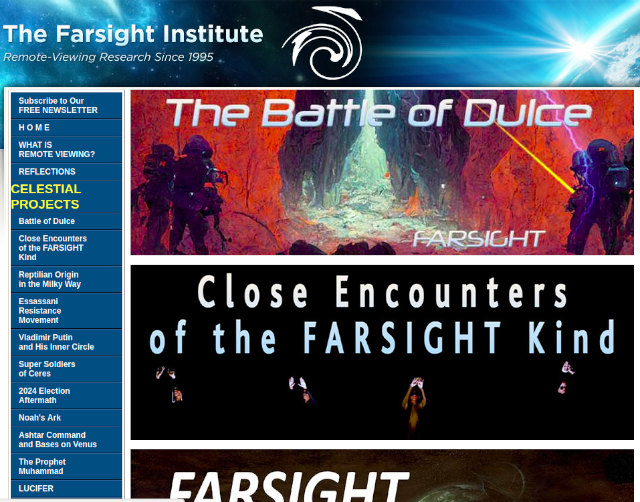 Farsight Institute and its amazing remote viewing team and productions are the result of tremendous hard work and the inspired intellectual, spiritual and public service contributions of Courtney Brown. Courtney is one of our world foremost remote viewing pioneers and perhaps the most important contributor toward advancing RV practice and awareness among the public of the amazing RV phenomenon.

Courtney wrote Cosmic Voyage and Cosmic Explorers way back in the 1990s. Both were ground-breaking works, involving remote viewing exploration of ET related topics which have definitely been the target of major concerted secrecy and disinformation campaigns throughout the post-WWII era. While the unaware majority in our world continues to think of those and various other topics that Courtney and the Farsight team focus attention on as “conspiracy theory,” the reality is that an ever growing contingent recognizes both the validity and incredible import of the remote viewing phenomenon. which Farsight has done so much to advance.

It’s a New Age cliche to say that “All is one.” Gladly, we now have modern-day Einsteins among us, like Nassim Haramein, who’s now proven, mathematically, that such is true. Still, good luck trying to get the average person to wrap his or her head around Nassim’s equations. Instead, have them browse the content and watch videos on the home page of the Farsight website and-or subscribe to the “Farsight Prime” service. Most certainly, it offers proof that “super-human powers” lie dormant in all of us.