Planetary Liberation, the Great Awakening and Being the Force 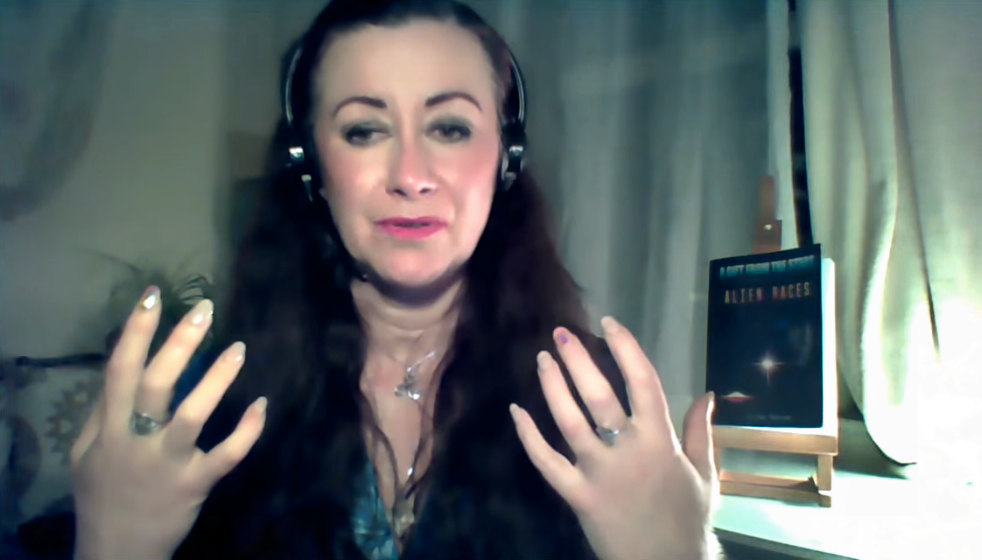 ED: What I’ve been told they was their attention was brought towards our little planet at the fringe of this galaxy by the Andromedan council who…said to the Federation – who are more a military kind of organization – “Hey, this little blue planet at the edge of the galaxy, they’re gonna be in trouble soon. So, let’s do something about it. So, they’ve been helping us behind the scenes, not to interfere with our evolution, but they’ve created recently something that they call the Alliance or the Earth Alliance. It’s a military alliance of forces between this Galactic Federation and some Earth military departments – factions, but benevolent ones – to help clearing all the undergrounds [ie: DUMBS] notably, and things like that. So, that’s what the Alliance is.

ED: Recently there have been messages they’ve started to pass because…of humanity awakening, and we start to realize that we are more powerful than we were conditioned to believe. So, that’s the window when we stand up in our sovereignty and step out of slavery so the Galactic Federation has started to send out messages to as many contactees as they could to say, realize you have free will…stand on your feet, do not kneel, do not consider yourself inferior.

MS: Very important what you mentioned about the Andromeda Council connection to all of this and that was it was the Andromeda Council that brought to the attention of the Galactic Federation – a more kind of military organization – the importance of Earth for the for the future of the galaxy. Because, recall, Alex Collier talked about this around 1991. So, it’s like 30 years ago, he talked about the Andromeda Council, saying that they could see…around 400 years in our future…there would be a galactic tyranny that would emerge and take over the galaxy – like in Star Wars, the Empire suddenly emerges and takes over the galaxy – and Alex said that what the Andromedans did was that they traced the source of this tyranny…back to the Earth, the Moon and Mars in this period of time.

MS: So, this was where this future galactic tyranny would grow out of, and that exactly matches the information that i’ve been getting from people like Corey Goode, Bill Tompkins and many others that i’ve talked about in the Secret Space Program book series…the Germans reached an alliance with the Reptilians, established a base first in Antarctica then went to the Moon and established a base there with with the help of the Reptilians. And then, went to Mars and and now that’s the center of their operations – this German [ie: Nazi] Antarctica predator colony. So, this is where you have the Earth, Moon, Mars connection. And, the Germans on Mars are working with the Reptilians and it’s called the Dark Fleet.

MS: Everyone talks about the Dark Fleet and the Dark Fleet is going out there assisting the Reptilians in conquering all of these human worlds. And presumably, if this continues, this is how this galactic tyranny will emerge. So, right now, because all this information is emerging and – as you were talking about – the Galactic Federation is here, they’re trying to help us not by overtly intervening but by kind of raising consciousness, spreading the awareness of what’s going on. We are being helped to expose the swamp or to expose the Deep State…all predicated behind the scenes on this kind of Fourth Reich, this German-Reptilian Alliance working with the Cabal that has bases in Antarctica, the Moon and Mars and is fueling this kind of interplanetary conquest through the Dark Fleet.

MS: So, right now this is the period where either we succeed – and it seems that according to what you were told back in 2018 that we do succeed…there’s going to be a Great Awakening…and not only do we free our planet from centuries, millennia of Deep State and Reptilian control – but we also stop this galactic tyranny from emerging 400 years in our future.

ED: Yeah, I’ve been told that the fate of the galaxy is at stake at the moment with what’s happening on Earth. I’ve been told as well these facilities on Mars…the Reptilians rule there and Moon as well. There’s been recently huge huge battles behind the Moon. Thoran told me the Moon has been purged out of the Greys, their structural occupation that’s been going on for a long time. Very violent fights and recently, like, I think two months ago he said to me it’s secure now. They’re going to try to attack again but it’s secured. Why? Because the Moon is a strategic position. It’s access to Earth that’s very easy to monitor and it’s a drilled with tunnels and facilities. So, all the slaves taken…this human slave trafficking work force. Mainly, they were brought first to Antarctica..and from Antarctica brought either to the Moon or to Mars but the Moon was usually the first step, then dispatched on Mars. It’s horrendous what’s happening.

ED: I don’t think he is a Pleiadian…but his wife has extraterrestrial origins, I’ve been told. That’s typical, isn’t it, for powerful people? Powerful men, especially…the wife that brings in the cosmic connection.

Note: The following excerpt involves Val Thor, who communicated with Dwight Eisenhower and others in his Pentagon leadership circles during the mid and late 1950s, unsuccessfully attempting to convince American leadership to reverse the 1955 Holloman AFB “treaty” with the Draco-Greys-Nazi alliance.

ED: Val Thor is a Taal. They look like me. Caucasian, brown hair. They are from the Pleiades as well but they have settled on Venus since a very very long time and they consider themselves Venusians. He said he’s still working on missions with the governments on Earth but he is very secret and he doesn’t want to have any more interaction with humans because he is tired of interacting with humans. What he told me about President Eisenhower…he explained to me that, in the 1940s the Greys – the Orion Alliance – decided to take over Earth.

ED: The Reptilians were already here but the Greys were not really involved. They have the power to throw this planet out of orbit if they want. They didn’t because of the Galactic Federation. That would have started a war. So, the tactic they and the Reptilians use everywhere in this galaxy is the same. They get the population of the world they want to consent to be invaded to sign for it, then by free will the Galactic Federation cannot intervene. So, the Grey’s work was to get the most powerful leaders of this planet representing humanity to sign agreements with them on behalf of humanity [which happened at Holloman AFB in Feb. 1955 via Dwight Eisenhower’s consent, the prior Feb. 1954 meeting at Muroc-Edwards AFB with GFW ETs having been rejected by Eisenhower’s military council]. You let us settle here and do our business and in exchange we give you technology and we help you in war and enforcing your weapons.

MS: This awakening process that…we’re in at the moment…a lot of people are very discouraged. A lot of people are thinking terrible things are about to happen. So, do you have any kind of words of encouragement for people, as we are in this very difficult time and what to look forward to regarding this Great Awakening?

ED: Yes, I would say um I’m very hopeful because I know those who work as our allies…they showed me a future timeline where… all the countries are federated. That’s going to happen. Medical knowledge that has been given to us, and free energy will be released and accessible. It’s starting to happen. Never lose hope, because we have the ability to to build our future, to create it. Because you have such power – with our minds – of creation. You have no idea. We have been lied to. Like, we are just biological forms, we’re not inter-dimensional beings. But, we are very powerful. It’s time we wake up and we embrace it and refuse fear. Anything that induces fear and confusion, let us refuse it and center in ourselves. Just listen to your heart and know that you are powerful and the future is really really bright. It’s gonna get difficult to get there. It’s not over. But, never, ever despair.

This recent update from Elena Danaan, on behalf of her Galactic Federation of Worlds contacts, again conveys the good news that the mainstream Earth NWO...
Read More

A 3rd Conversation Between Dr. Michael Salla & Elena Danaan   This is a fascinating conversation between our world's leading ET topic researcher and...
Read More

The Dark Fleet and the Cabal vs. the Alliance The Secret Space Programs Emerge into Public Awareness There's now growing awareness of the fact that huge...
Read More

DUMBS Warfare, The Great Awakening and Planetary Liberation During recent years there have been increased reports of ongoing warfare within the planetary...
Read More

Click Image below to watchHave an acquaintance, friend or relative who, even at this late stage of the game, thinks maybe they should get a COVID "vaccine" to...
Read More

COVID (aka: Certificate of Vaccination ID) Frightening COVID stats, no? No worries, because they're all complete totally fraudulent. For...
Read More

Excerpts from Solar Synthesis, the April, 2021 feature article by Lisa Renee During the end of 2015, the planetary lightbody began another bifurcation stage...
Read More

A Closer Look at the Official Vax Live Logo Before Digging into the classic mind control down-is-up double-speak from "Prince Harry" and friends at this...
Read More

This is a relaxed, relatively low-intensity yet insightful update from Max on the global COVID theatrical production currently playing in cities in towns...
Read More

(click the image above to watch the interview) Note: This video was originally posted to Youtube but deleted by Google during the first...
Read More