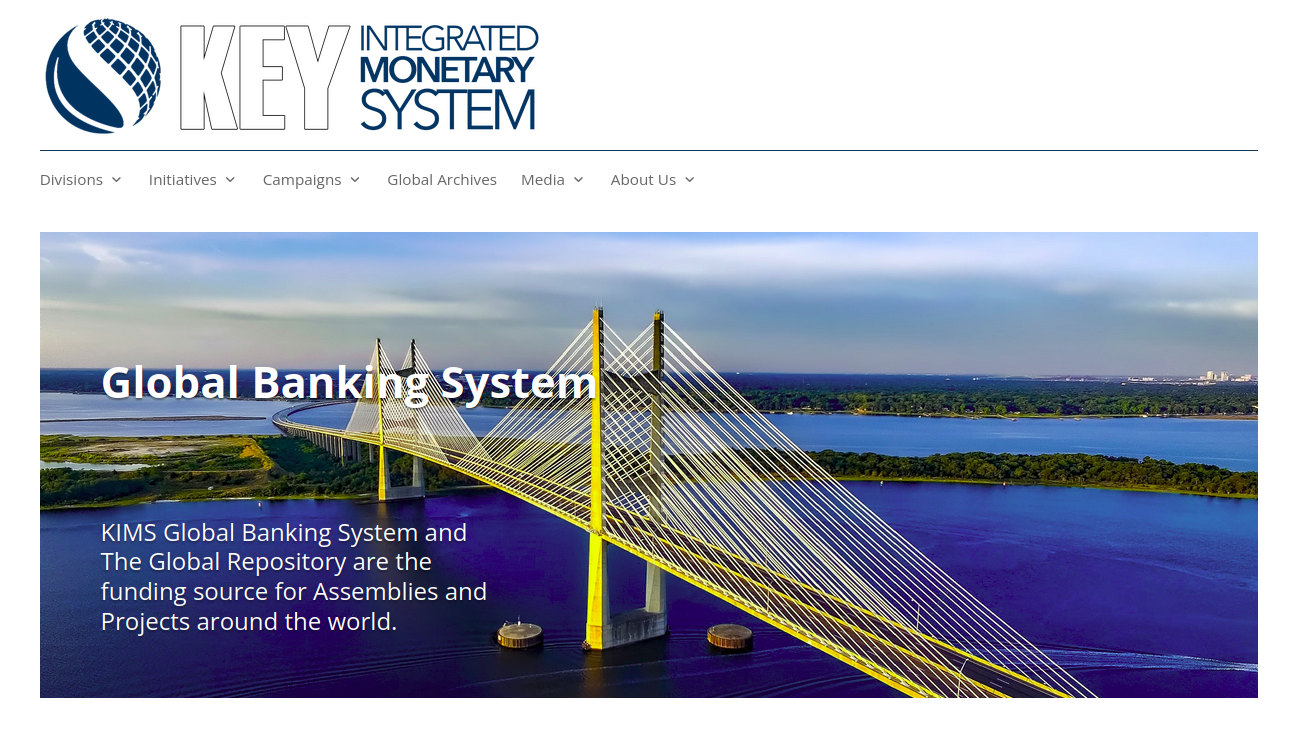 Has a “Great Reset” of the Good Kind Already Happened?

Associated with the Peoples Assemblies and Global Restoration Plan projects centered around Kim Goguen, this page describes what their network calls the “Key Integrated Monetary System,” which they claim has already performed a “Great Reset of the Good Kind” – ie: NOT the trojan horse WEF Great Reset candy-coated enslavement plan – involving re-establishing asset-based currencies which the global front-end banking system now has access to.

True? If so, what a sad day for Al Gore, Klaus Schwab and their fellow control freak kleptocrats. No need for their faux “save the planet” “carbon footprint” “social credit score” crypto-currency vax-n-track enslavement offerings.

Charters for Central Banks are revoked, custodial rights are revoked, and all accounts within banks are now controlled by the account holders. The Global Peace and Restoration Consortium working with The Global Repository is transitioning banks to be service organizations for you and the Restoration Plans of assemblies around the world.

You will see evidence of this immediately in the way you are treated and the services that are offered to you. Most importantly, your money is safe. And now it is backed by real physical assets. All transactions are recorded within KIMS which monitors the global banking system for integrity and prevents fraud or illegal transactions. 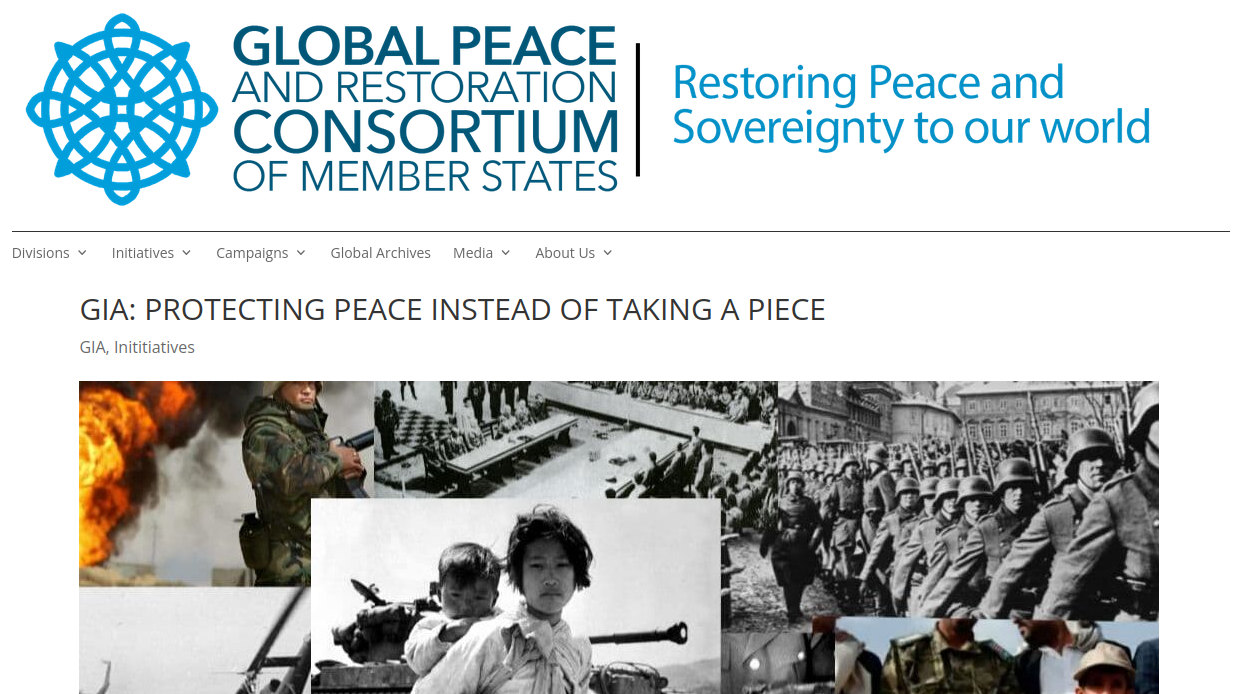 Know a decent cop, FBI agent, private investigator or military specialist who’d like to not only avoid “the Jab” but cut free from the SYSTEMIC ROT infecting their would-be justice and law enforcement institutions? Suggest that they check out this information about working for the newly revamped Global Intelligence Agency.

To divide and conquer has been a tactic used on the masses to cause us to destroy each other while our real enemy conspired to play the role of the savior. Most people who have served in the Military or in Law Enforcement wanted to have an honorable career helping people. Unfortunately, most have been used to wage wars, or maintain the status quo at the expense of the people. This is the opportunity for every member of the Military and Law Enforcement to make an honest living with a higher pay, doing what they always wanted to do in the first place.

Life Force Enforcement is an elite Military force that has been ratified as the only Military force on the planet currently authorized to take action to protect the inhabitants of the Earth. They are part of the Global Intelligence Agency and together they are the only Law Enforcement currently operating according to the laws of the land.

Life Force Enforcement prevented the United States from being attacked by Chinese Military forces in 2020 by eliminating their battleships in the Panama Canal and in Antigua, prevented a Global disaster by disarming nuclear weapons that were set to explode along the tectonic plates, and stopped the Order of the Black Sun from starting a war in the Middle east by eliminating missile strikes in flight before they hit their targets. They use frequency weapons that are far superior to any other weapon technology that exists on the planet.

In the coming months and years it will be essential to create and maintain security forces that ensure the Restoration Plan is executed in a safe and timely manner. The Global Intelligence Agency has already been established in every country in the world as the sole body of Law Enforcement. We are currently working to create a new standard for Ground Forces and will begin hiring full time Law Enforcement on the local community level in the coming weeks. Our Enforcement Units will hire trained Police Officers, Marshals, and Agents at a 30% increase to their highest pay received. In addition, we will honor their Pensions, time served, and rank achieved for leaving their current positions. 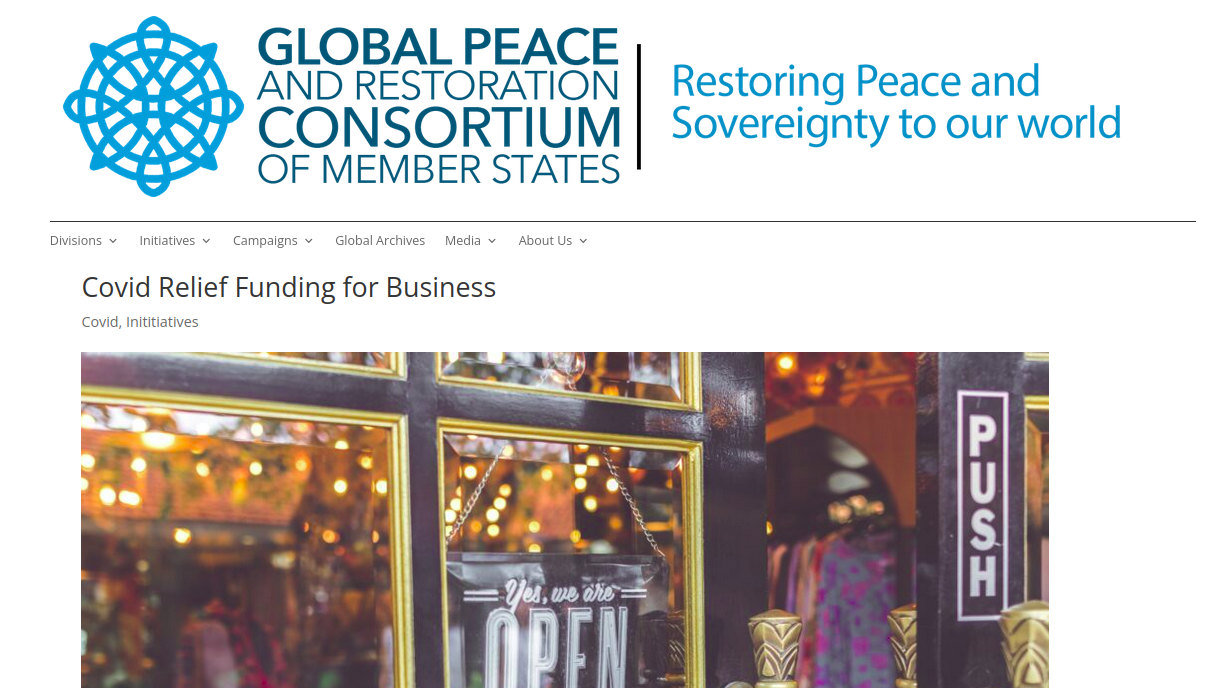 Amid the backdrop of the past decade of still unfulfilled coming-soon promises regarding NESARA-GESARA funding and “Great Resets of the Better Sort,” initiatives booting up right now around Kim Goguen’s claim to control access to the Global Repository and World Trust funds appears credible. Here’s COVID small business relief grants information just posted by their network.

Since the beginning of the fake Covid pandemic, small and medium-sized businesses have closed at an alarming rate. In the United States, we have seen 500,000+ businesses close and tens of thousands more scale back their operations. In Europe and the UK, the numbers are similar. In the UK, the latest lockdown saw more than 550,000 business closures in England. And across Europe, businesses have seen revenues drop 65% to 80% with Italy and Spain being hit the hardest. Over 50% fear they will not survive more than 12 months.

In response, The Key Integrated Monetary System (KIMS) and the Global Repository have created the Covid Relief Funding for Business (CRFB) program to compensate small and medium-sized businesses for the loss of revenue suffered because of city, state/province, and/or national mandates and policies imposed during the Covid pandemic. The CRFB is part of a much larger Global Restoration Plan and is designed to be a fast start accelerator for businesses to recover from the damages imposed upon them.

CRFB funds are being made available through the Global Peace and Restoration Consortium to cover two years of lost revenue per business or organization. CRFB Grants will help small and medium-sized business recover for our communities and economies. One of the main benefits of the CRFB Grants is that the Grants are associated with Peoples Assemblies…being established around the world to be the lawful governance for helping the people restore their lawful rights and restore their communities.