Tired of the endless “patriots” Coming-Soon drivel re: Donald Trump returning as Super Hero on this date, no that date, No…amid the backdrop of GCR-RV QFS drivel, the global financial system promised to be The Greatest Thing Since Sliced Bread? What about global Peoples Assemblies and a Global Restoration Plan, instead?

Any evidence that a GCR-RV wherein military and government insiders cash in on huge holdings of deflated currencies – those of nations the Cabal has destroyed, using the same military-intel-government networks waiting to cash in – is a good versus bad thing? What about the prior GESARA promises of massive student loan, home and credit card debt forgiveness? Crickets. The highly-funded programs to get out the suppressed revolutionary energy & transportation technologies, including ZPE for off-grid power and transportation? Crickets.

So, why might the GCR-RV QFS not be something that will crash the dollar and precipitate the very Hunger Games social credit score nightmare we want to avoid? Possible the Cabal wants our help manifesting that, as per indoctrinating the global peasantry to seek “Safe” “Reponsibility” by submitting to time-delayed depopulation shots? 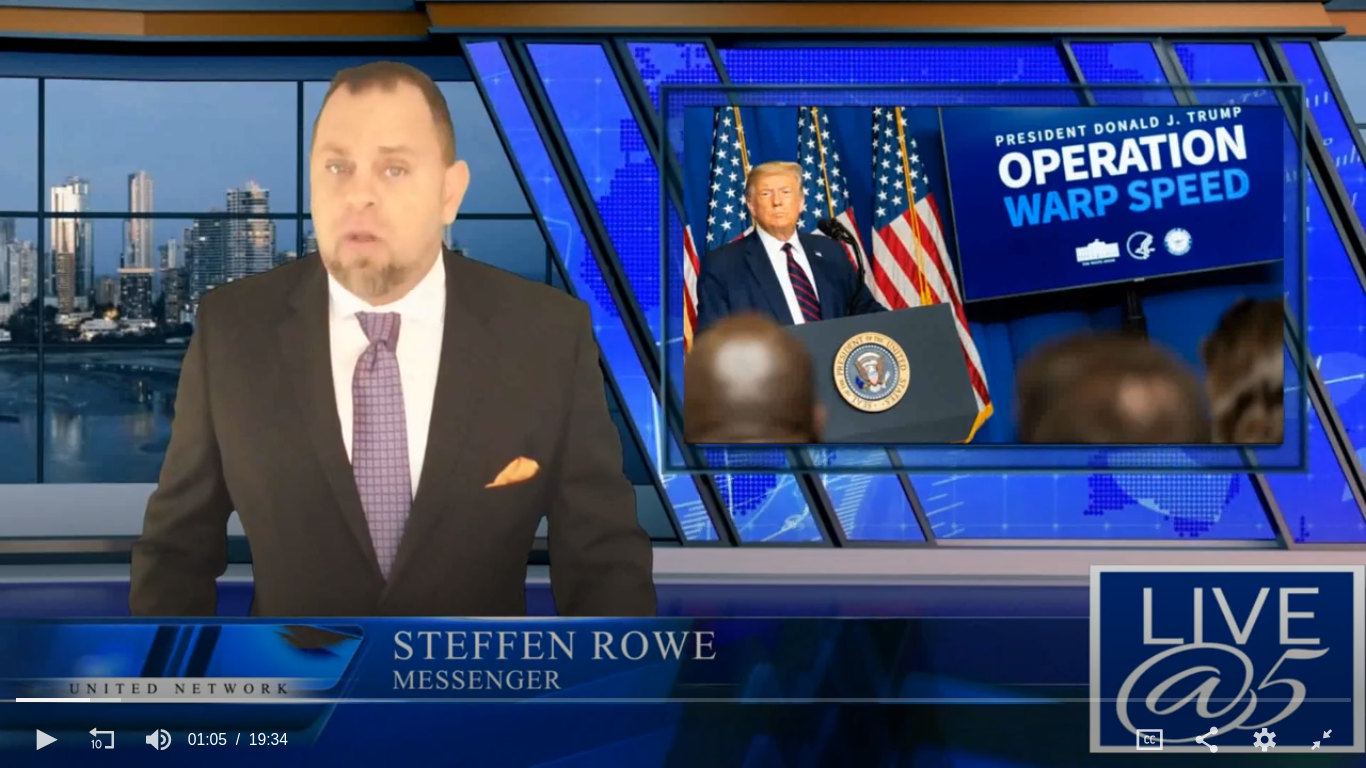 Any evidence having Donald Trump back in power – a man who touts his “Operation Warp Speed” leadership role and encourages all to “get vaccinated,” having recently performed an SIPS (Saline Injection Publicity Stunt) a la Tony Fauci, Bill Gates and others – would be a good versus bad thing? Why weren’t the first four years of failed “Drain the Swamp” promises enough time or the period since the 2020 election theft?

Whether or not Kim Goguen and those around her have the real story on these issues and whether their amazing claims of instituting exciting new Changes for the Better prove out remains to be seen. But at minimum, they’re narratives worth tuning into, because they connect the dots far better than the competing narratives out there. And, better, they look likely to be Huge Good News for Humanity & Mother Earth. 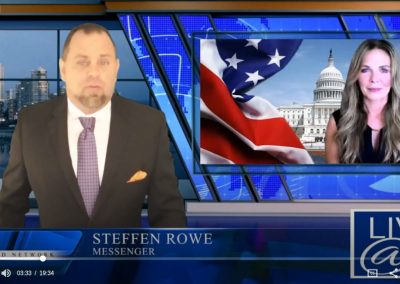 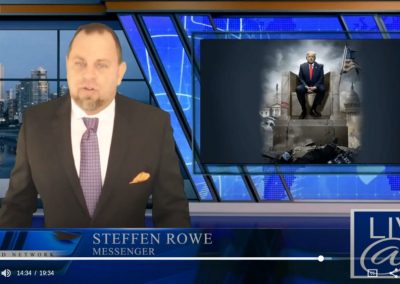 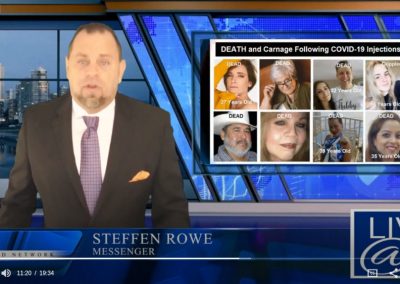 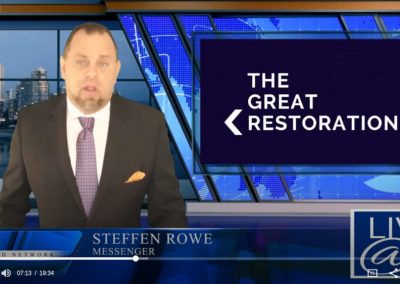 “Donald Trump, in creating Operation Warp Speed, pushed the COVID vaccines to market in nine months versus the typical wait time of five years. In so doing, he threatened the head of the FDA with losing his job if he didn’t bypass the typical rules and regulations, that the FDA would normally invoke.”

Hmmm. But, this sounds like some rare Good News,

“The World Health Organization has also been defunded and their charter removed.”

“In 2015, the United Nations claimed that they would abolish poverty by 2030. But, most didn’t realize is that what they were really saying is that they’d be killing off the impoverished, due to the common belief within the Deep State hegemony that it was about time for a ‘Great culling of the Useless Eaters.’ To combat this profound elitism and psychopathic behavior, Kimberly Ann Goguen removed the charter from the United Nations and has since revoked every order by the UN since 1948. And, this is creating quite a stir around the world. To fill the vacuum, the Global Peace & Reconciliation Consortium (GPRC) of member states has since been established under the same charter, abandoning plans for the ‘Great Reset’ and embracing the plan of the Great Restoration.

The intelligence agencies, militaries and governments of the world have been de-funded by Goguen, with various options presented to each of them explai ning that the ‘Great Reset’ plan has been revoked, and in its place is the Great Restoration Plan, to restore the people and the planet.” 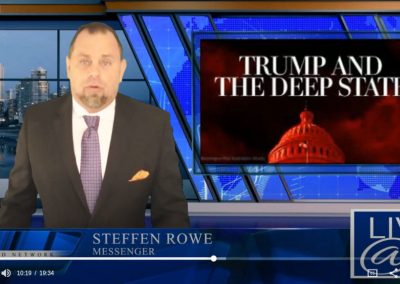 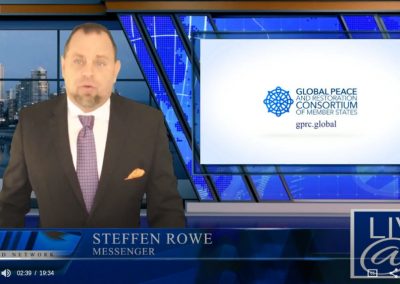 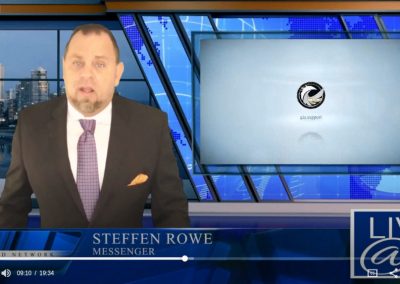 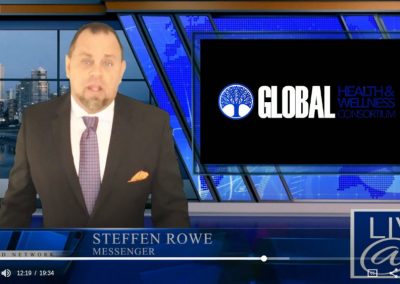 It’s claimed that Peoples Assemblies around the world and their Restoration Plan projects will begin being funded some time next year. If true, the Global Restoration Plan will become the for-real long awaited GESARA program, which has recently devolved into a funky GCR-RV plan that sounds a lot like…poopy.

“Project platforms have been created to allow governments, businesses, organizations and individuals to easily apply for funding. Access, applications and instructions for grant funding are expected to be formally announced in the first quarter of 2022.”

Background regarding the Global Intelligence Agency,

“The GIA is now the only ratified intelligence agency in the world.”

It’s claimed that a “Life Force Enforcement” GIA military backup unit has been,

“…shooting missiles out of the sky before they hit their targets, preventing a Chinese takeover of the United States by eliminating Chinese battleships in the Panama Canal and Antigua…and they stopped SCUD missiles from being launched off the coast of Florida.”

Hard to tell where the truth lies re: these high-level issues but perhaps the muddy waters are finally clarifying,

“The biggest challenge is the perception of the good people still serving in these various services and agencies that have now been de-funded. The governments are in the same position as the bribed political leaders of the world, all waiting on their piece from this big Trump payout. And, they’re just now catching on that the ‘Pandemic Bonds’ will NEVER pay out. And, therefore, they’ve created a cannibalizing financial system, thinking they would make us all poor, while their power, status and fame grew. But, that’s not the way it played out. Their businesses, governments and UN agenda has run out of funding. The global Deep State has already begun to devour each other.”

“You can go to GPRC.global and see how you can be part of the biggest change in global history.”

Introducing Russell-Jay:Gould Hail to the Chief? As of today, few have heard of Russell Jay Gould - or, per his "parse grammar" syntax,...