Kim Goguen is an extraordinary woman now gaining an international profile re: her claim to control a “Back-end System” holding the keys to funding a new global asset backed financial system, as well as being a platform connecting all global communications and computer systems. Kim says the unwillingness of both Donald Trump and the Fed and the Rothschilds-Vatican network to agree to her “50-50” funding offer, account for the unfulfilled perpetual promises regarding a new QFS (Quantum Financial System), GCR-RV (Global Currency Reset) and NESARA-GESARA funding. 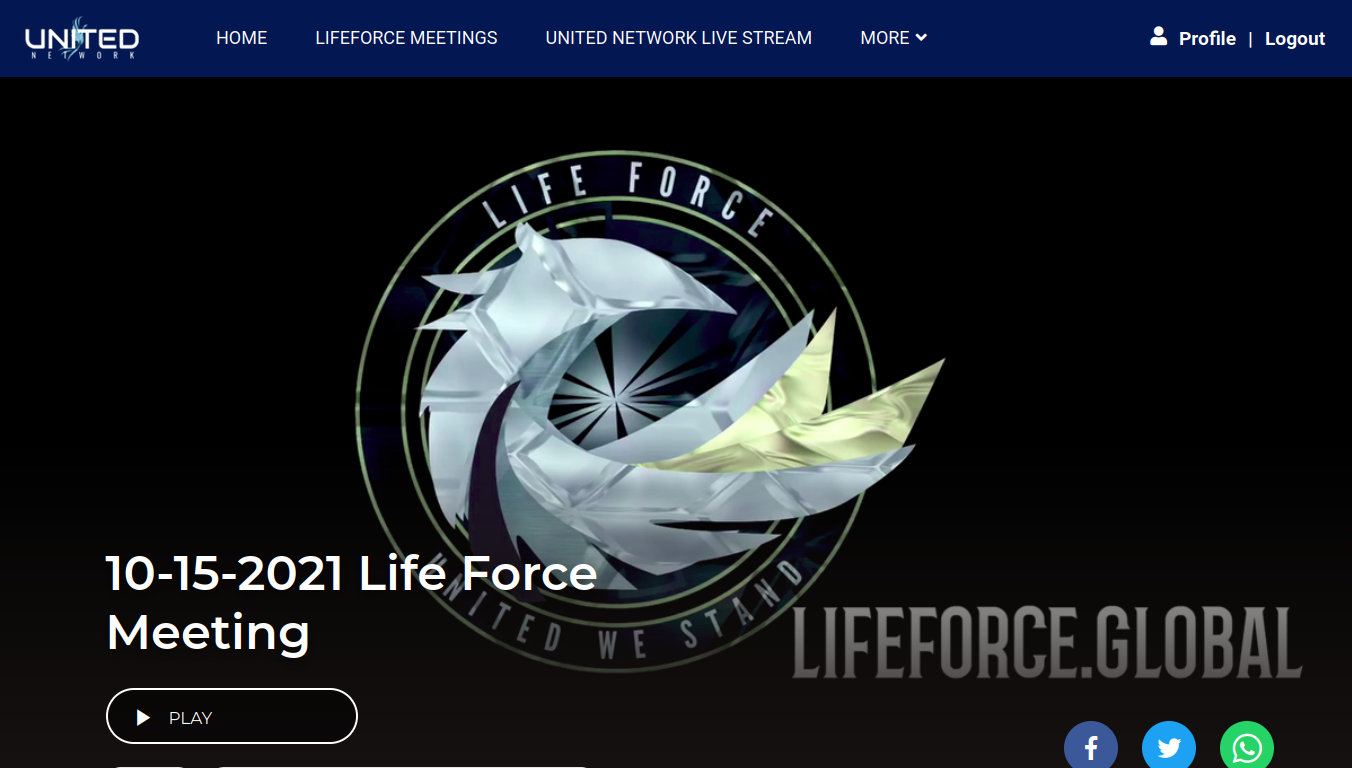 Is it even possible Kim Goguen could have exclusive control of a “Back-end System” as miraculous as described? Well, hang on, because the answer goes further down the rabbit hole. Kim says the Back-end System exists on etheric levels and was set up by Marduk – Earth’s dark prince and penultimate Cabal controller past 16,000 years, according to her – and his Orion Empire allies, control passing to her in 2012 via intervention of a “Universal Council” (which may associate with the Palladorian Founders Lisa Renee refers to and-or the Intergalactic Federation mentioned by Dr. Michael Salla).

In this Oct. 2021 update, Kim outlines what she says have been non-stop failed attempts during the past three years by Donald Trump, the US Fed and Vatican Bank to boot up a new global financial system, without having access to World Trust Back-end System funding keys that she claims to hold. That, she says, related to them not agreeing to her “50-50 Offer.” Kim addresses the oft-repeated “You’re watching a show” refrain (eg: by “Juan O. Savin” and Charlie Ward), saying that, yes, Donald Trump and SSP factions are largely running the Biden theatre, the bad news being the conclusion that they’re allowing the ongoing US COVID hijack and socio-economic meltdown. The video also includes updates regarding the Peoples Assembly and Restoration Plan projects associated with Kim’s network.

The perpetually bankrupt US “corporate government” is again up against the wall as 2021 draws to a close, with cataclysmic implications for the global economy. Earlier this month, the US Council of Economic Advisers issued a report – anticipating an unprecedented “debt default” by year end – saying, “Because the United States has never defaulted on its obligations, the scope of the negative repercussions…is expected to be widespread and catastrophic for the U.S. and global economy.”

That cues into the opening segment of this update, as their network’s “Banking Sector Director” offers his views starting around 7 minutes. That blends into a Peoples Assemblies update, followed by a “Peoples Government Services Department” intro, a review of the group’s “United Network News” and Global Health & Wellness projects – including notes about worsening COVID medical tyranny – followed by Kim’s in-person updates.

Kim says Donald Trump and the US Space Force are more or less in control of the “Biden White House” theatrical production. Kim on Trump’s political bargain…

“Trump knew he won the election. Did barely anything to fight it. Wanted Biden to get into office. Walked out of the White House and said, ‘It’s all up to the military now.’ Declared martial law at 8:04am on the day of the inaugural show from Castle Rock Entertainment [confirming that Biden was not actually in the White House]. Right? And then, has proceeded to run ‘the White House’ ever since via the Secret Space Force. Okay? So, everything that’s coming out of the White House that we all dislike, is coming from New Jersey or it’s coming from Mar-a-Lago. It’s him, giving the orders and instructions. What this allows him to do is that, everything that is wrong with this country right now [is on Biden]. And then, he thought he was going to come back as the savior. Now, military personnel – a certain percentage of them, Flynn included – are very frustrated. And, it is coming out in alt media here and there that they know he threw the election, and they don’t really understand why.”

Kim discusses what she says are the latest failed attempts by the Fed and Trump to deliver the long promised GCR-RV financial pay-offs to top US military brass, for lack of Back-end System permissions she controls. Kim says Trump and the Fed continue to reject her “50-50 Offer,” whereby half of all World Trust funding authorized will go to governments, the other half directly to people…involved in Restoration Plan projects via her Peoples Assemblies network. Kim says the Rothschilds and Vatican banking hairball likewise have repeatedly rejected her 50-50% offer, per not wanting the global public to escape their long planned COVID and Great Reset Hunger Games trap.

Kim mentions a recent meeting of US military brass to discuss “How to divide up the money that didn’t come, again.” She says “people at Treasury” (the US Treasu ry department) “may be willing to cut a deal,” in which they will accept her offer to authorize funds to pay off all US student loans. Kim says she authorized funds to Trump during his term in office with the understanding that student loans would be paid off, but said all of those sums were instead spent on the military.

Kim reviews the history of failed QFS, GCR-RV and NESARA-GESARA promises during the past three years and before, saying the US and NATO military-industrial club plans to cash in dramatically via revalued international currencies, but lacks access to the asset-based funding keys. According to her, none of the “access codes” the Cabal has are valid, adding…

Black books, Blue books. No. Most of those accounts don’t exist anymore, anyway. They’ve all been reallocated and re-purposed for the Restoration Plan. The thing that concerns me, more than anything, is how it affects the people. How many people have lost their jobs. How many people are living in the Walmart parking lot in Reno now. That is my concern. I could care less about the elite wants to do something. I care about…the world has to continue to spin. We need new technologies, medical and otherwise. Every system has to change. We are going to go through another industrial revolution. And, this time, we all get to play. So, it’s not just the industrialists and whatnot. Now, we all get to play.

Kim reports that, in 2017, she tried to convince Pres. Trump to “nationalize the Fed,” which – despite stories claiming that occurred – she says wasn’t done. Instead, according to her, control of the Fed passed from “the Dragon families” (led by the Rothschilds) into the hands of the “Black Suns” (with whom she says Trump is affiliated). She says the goal of the Trump-Fed and military generals group trying to bootstrap a new global financial system – independent of the World Trust funds she controls – is to control the new global financial system all know is needed, without allowing the kind of grassroots direct “Peoples Assembly” global Restoration Plan funding Kim proposes.