UnitedNetwork.news is the media hub for Kim Goguen, who claims to hold the highest level control of the global banking and telecommunications systems, while fulfilling a “Ground Command” role on behalf of a “Universal Council” she says appointed her in 2012. Kim’s material maps well onto high-level geopolitical news and insider reports as well as esoteric updates from Lisa Renee and others. The purpose of the GVI Kim Goguen series is to provide news summaries and selected video transcript excerpts alongside needed background context.

If we have to re-create the wheel and create a whole new military, we’ll do it. We’ve got no problem with that. Or, you can participate. You can start by firing Milley [Joint Chiefs of Staff Chairman, Gen. Mark Milley]. Y’know, the deep state stooge that works for dick-less over there. It’s over, you know. People are dropping like flies. Wake up.”

Unsure where to turn for “real news?” Experiencing White-Hats-Coming-Soon fatigue? Fear not! Read on!

“You have a very short window of opportunity. We are not going to be passing this budget. So if you are Blackrock or Vanguard or a bunch of generals…and you think you are going to get money from the budget, you are wrong.

The Order is broken. You’re on your back. Accept it. Flags are down. It’s time to move on, or move out and meet your maker. Choose wisely.”

The excerpts and news summaries on this page are based on Kim Goguen’s September 30th and October 3rd updates as reported by UNN. To watch the full reports  and upcoming ones, subscribe to UNN. 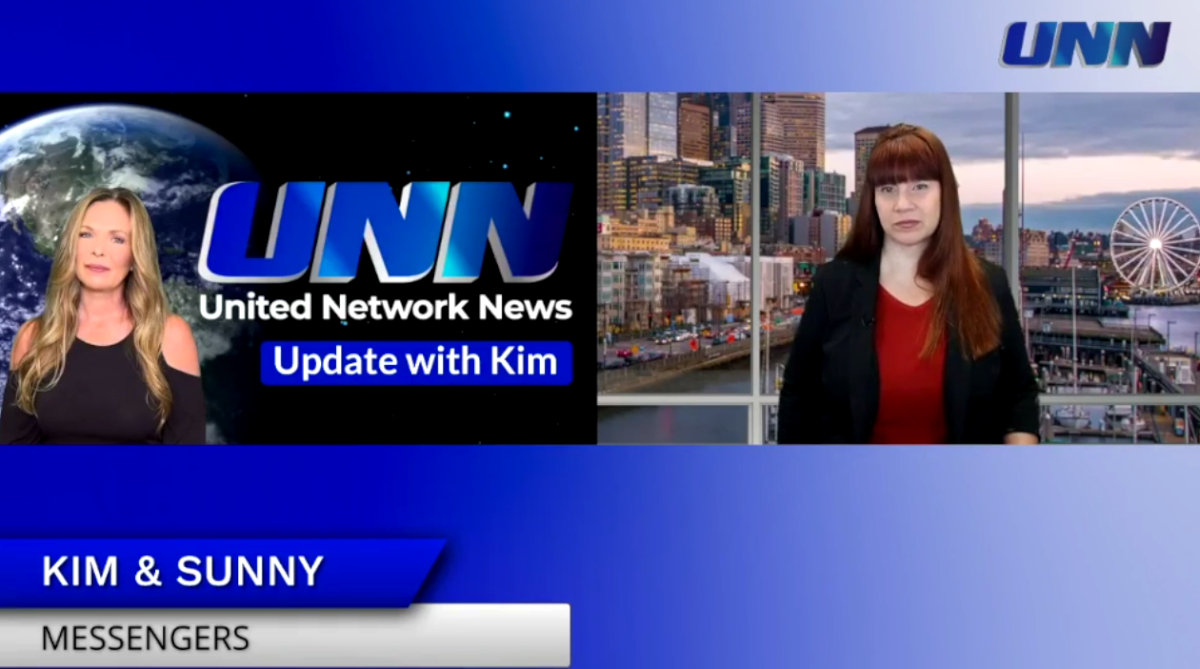 “They think that they are working toward freedom – this is your “Alliance,” your “White Hats” – and you’re not. Now, your bosses are people that do things like create the war in Ukraine. They killed hundreds of thousands if not millions of people in the Middle East, Africa, you name it. Now, they want to install their own tyranny here on planet Earth. They’re just having to overthrow the other guys.

Don’t anybody tell me about the white hats in Cheyenne Mountain because I’ve been listening to their conversations for two days now. They’re full of it. We have Cheyenne tagging every damn terminal they can find, to see where Kim’s gonna go so they can steal the money.”

“They decided that, before they got all excited about their newfound alleged wealth, that they would try to spend the dollars. And, the second they tried to do that – Boom! – it disappeared. Now, this caused a big argument among the Order of the Black Sun’s remaining generals. So, they all had a big meeting Saturday morning. What do we do? We’re running out of time. We can’t make a payment.’ Blackrock is going under.”

AB Corp. (the American Banking Corp) operational past 200+ years, recently removed from its role registering and swapping international birth certificates on behalf of the Order of the Black Sun and Fed-BiS, was disconnected from the global banking system.

The Vatican had requested repatriation of funds to the Vatican Bank prior to September 30th since that’s the annual deep state accounts reconciliation date and the Vatican-Jesuits and apex Cabal bankers network hoped to simultaneously crash the global economy and get their GCR-RV CBDC launched during the first week of October.

Such didn’t stop an affiliated UK network – a GCHQ-NSA five eyes facility – from attempted to falsify tens of trillions of dollars worth of fictional CBDC in the computer systems of 32 central banks around the world, this likewise reversed by the Alpha AI system.

Current BRICS-Plus AIIB (Asian Infrastructure Investment Bank) plans would likewise crash the dollar and US and global economy were they to succeed, which Kim and team are likewise working diligently to prevent. 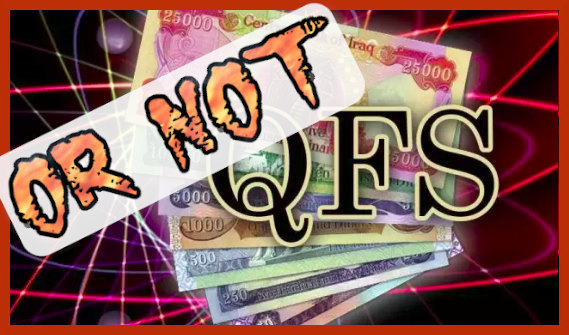 Let me guess. First, you got sucker punched by David Wilcock then Charlie Ward and have been waiting on the GCR-RV QFS NESARA-GESARA plan for 15 years now, not to mention “mass arrests” and “announcements.” While there was a legit start to NESARA way back in the 1980s and early 1990s – associated with Gen. Roy Schwasinger’s project – with time, it was all hijacked by Bush Sr. and the CIA-DARPA mafia and became just another agency disinformation project designed to disable the opposition, by keeping them stuck in…Waiting for Saviors mode. Yup.

Finally, it’s become clear that while you might buy a used car from Charlie Ward, the sticky GCR-RV-QFS NESARA-GESARA goo his unnamed agency sources put him up to selling looks, walks and quacks pretty much same-same as the shiny new WEF-Fed-BIS CBDC project, their global social credit score digital slavery plan. Meanwhile, In Charlie Ward and Simon Parkes Land – for the benefit of those few still tuning in – the theme has recently evolved to “BUY GOLD HERE!” Truly inspiring.

Question: Who was Charlie reporting to when moving gold from the Vatican to Reno years ago?

Answer: Could only have been CIA and-or MI-6, probably the same individuals directing his GCR-RV QFS NESARA-GESARA narrative in recent years.

Question: Was moving the Vatican gold intended to launch a NESARA-GESARA plan?

Answer: Silly you. Kim Goguen has consistently said those events involved the end of an ancient contract between the Dragon Families and Order of the Black Sun, the Black Sun now being in line to have the upper hand in their global power sharing agreement. The CIA – a Black Sun network historically answering to the Black Pope – moved gold from the Vatican to the US Fed-Treasury which, during the Trump administration, was placed under the control of…Blackrock.

Question: What is Blackrock?

Answer: It’s the primary international financial vampire squid for the Order of the Black Sun as Vanguard is for the global Dragon Families network, these two ancient secret society networks controlling life on Earth over recent millennia under the ever watchful supervision of their Annunaki and Draco overlords (Marduk at the head of that until 2016).

All the Cabal structures are now falling apart, being blocked, decapitated and-or “returned to Source.” While the international high level Cabal networks continue ongoing desperate attempts to crash the US and global economy, cause tsunami creating volcanos and global food shortages, start WWIII and usher in their COVID Great Reset Hunger Games timeline – via their GCR-RV QFS CBDC project = such efforts are continually being counteracted by Kim Goguen and a related “Alliance” network of millions, constituted of recently returned ET groups, recently realigned Inner Earth civilizations, and some human paramilitary components.

Question: So, is there any real NESARA-GESARA plan out there?

Answer: Yes, the Global Restoration Plan looks to be the best candidate.

Question: When will it get started?

Answer: Once the Cabal structures are further cleaned out and realigned and the Alpha AI QMS system takes full control of the global front-end banking system.