During recent years there have been increased reports of ongoing warfare within the planetary DUMBS network (Deep Underground Military Bases). Credible reports indicate there are over 300 such under US soil and over 2000 such globally, the majority built since the US government signed a secret “treaty” with negative ET factions in 1955.

Across the world, there’s growing awareness that the real “Pizza-gate” story runs deep and reaches into some very dark corners and the highest levels of global power. It now looks certain that the absolute worst of such activities – involving satanic pedophilia, adrenochrome production, elite cloning operations, negative ET factions, serious abuse of high technology and the worst of planetary Cabal NWO hijack plans – have centered within the global DUMBS network.

This means that, though DUMBS topics have been off the radar forever – all credible reports and whistle-blowers ridiculed or silenced – it turns out to be an extremely important topic per the balance between “prison planet” and “Golden Age” prospects…and a topic whose time has come.

The International Tribunal for Natural Justice opened an inquiry into “Human Trafficking and Child Sexual Abuse” several years ago, while “Pizza-gate” was also a hot topic. As bread crumb trails have been followed not just related to trafficked and “missing children” but, also, “missing trillions” from the US and other defense budgets and reported negative ET bases, DUMBS topics inevitably surface.

Phil Schneider was the original DUMBS topic whistle-blower in the 1980s. He was a geologist and engineer known for his “Fire-fight at Dulce” account about a 1979 DUMBS incident in New Mexico in which 70 died at the hands of Grey ETs. Phil said there were over 130 DUMBS under US territory by the early 90s, each with up to 10,000 full-time employees. He died shortly after giving this 1995 presentation, the evidence suggesting that wasn’t by natural causes – 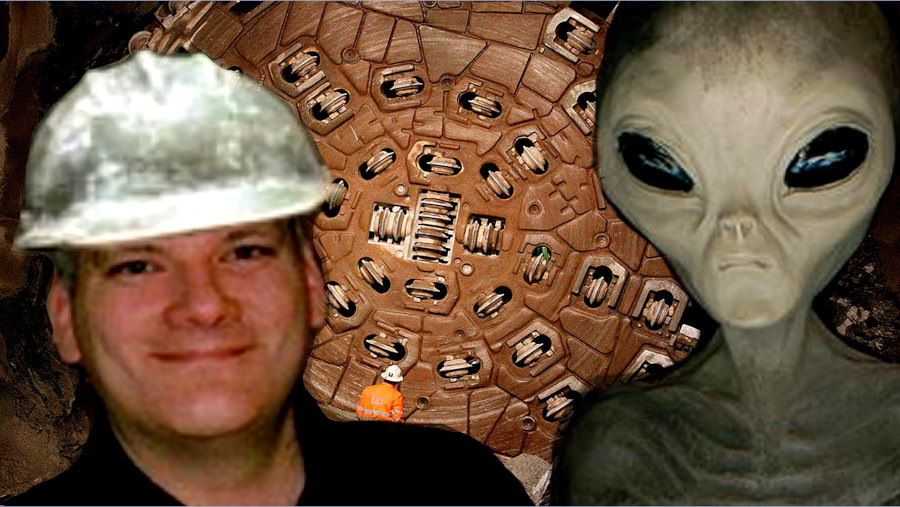 Are reports on DUMBS topics in recent years from “Gene Decode” for real and relatively accurate? Many believe they are. He’s reported what he represents to be a huge array of ongoing or completed initiatives – involving a Galactic and Earth alliance force of ETs and US and other military troops – cleaning up gnarly DUMBS activities, involving Draco and Grey ET and Cabal factions in the global DUMBS network. He says the global DUMBS network has over 2000 bases, at least 300 under US soil.

In early 2021, Gene said Bush Sr. had tunnels and DUMBS built below the White House and Senate buildings in DC while US President, where Alliance teams have dealt with some real nasty conditions in recent months. Other recent reports from him about alleged DUMBS cleanups involve alliance personnel working across North, Central and South America, Africa, Asia, Iceland, Australia and New Zealand. If such reports are legit, it’s definitely Good News. Many of his reports are archived here.

Laura Eisenhower and Dr. Michael Salla have both recently interviewed “Druid priestess and experiencer” Elena Danaan on ET topics. Elena wrote a book about her life-long ET experiences, “A Gift from the Stars,” describing what she says are over 100 ET races in contact with Earth. Dr. Salla – a respected expert on ET and ET coverups – has reviewed Elena’s book and takes her info seriously.

That’s relevant here because Elena’s book (published 2020) covers DUMBS warfare activities and, she says, a planetary liberation war being fought – now perhaps nearly concluded – which seems to confirm the Gene Decode and other accounts. She talks of the “The Ciakahrr Empire” – her name for the Draco – and their ancient DUMBS activity as origin of classic Devil imagery, “People have legends about snake people, snake demons living in the caves and having confrontations with monks and stories like this.”

Her book confirms that the 1955 Eisenhower era Holloman AFB treaty unleashed a major wave of US and global DUMBS buildouts that has continued until recently, alongside increasingly vile activities occurring within that network. Per the phrase, “The calm before the storm,” she says the code name given by the GFW (Galactic Federation of Worlds) for the Earth alliance DUMBS cleanup project has been “The Storm.”

To understand what her book covers without needing to read it, check out the 4min. video about it at the top of her Youtube channel.

“A Gift from the Stars” excerpt –

On and under the ground, secret alliances were also made with the military-economic complex and dark Terran cults preying on fear, pain and blood sacrifices. All was set up to give birth to the most horrible, multi-tentacled beast: the Cabal. Terrans were abducted, stored, bred, tortured, raped and butchered in the vast underground facilities in connection and collaboration with the US miliary bases. Children served for sexual trade, food and Adreonochome, women for genetic breeding and sex slaves, and men as slave workers sent to diverse mining colonies. Some facilities specialized in mind-control technologies using nano and quantum dust trackers, AI, guided energy weapons, human cloning and genetic experiments and worse…soul scalping.

The war underground was violent and millions of Terrans were rescued. Terran elites were arrested while, in the last jolt of the beast, a pandemic spreading fear and death was created by the Cabal in order to, a second time, inject the remaining population by force and fear with tracker-dust, working with 5G satellites, to definitely enslave the Terran race into the lower third dimensional matrix. But, this is to be the story of how Terra was liberated and supported toward a new step in its evolution, the spiritual age of a new paradigm.

Notes from the 1995 Phil Schneider video above –

Phil refers to “prison camps” being built in the 80s and 90s in the US. IE: above and below ground FEMA camps located on military bases, this being the very same network some networks (incl. the criminally controlled CDC project) now propose using as “COVID quarantine” facilities –

They’re building two prison camps every seven months. They’re building two underground military bases every year. Each one of these military bases…they cost somewhere between 17 and $26 billion dollars. And these kind of huge…sums of monies are garnered through CIA drug activity. It’s just subverting our country. If you were going to round people up…what better prison camp than one underground? So once again, these underground bases are most likely being planned as underground prison camps and slave labor factories for the New World Order. The New World Order is taking – and the United Nations is taking – its orders from, believe it or not, these more powerful outer space alien entities. We might call them the large Greys or the small Greys. Sinister forces, indeed.

There are 11 civilizations of aliens visiting this planet all the time, all of which are known by the US military, nine of which are…pretty bad news. The New World Order right now, basically, is dismantling countries. They’re taking their orders directly from the aliens, who’ve got their own timetable. They want the One World Order because they want the planet for themselves.