The Dark Fleet and the Cabal vs. the Alliance

Pres. Dwight Eisenhower met with representatives of a post-Nazi network possessing advanced ET technologies and made agreements with them at Holloman AFB in New Mexico, February of 1955. Those former Nazis were holed up under the Antarctic ice along with their “bad ET” partners – Draco reptilian and Grey ETs – that being the network that defeated the 1947 Operation Highjump expedition by Admiral Richard Byrd to investigate what they were up. The space fleets of mixed “Nazi and bad ET” composition that have been flying from under the Antarctic ice to destinations throughout our galaxy during the past 50-plus years are known collectively as the Dark Fleet or, in German, the Nacht Waffen.

The 1955 Holloman AFB agreement – never acknowledged by the CIA, Pentagon or US government elements who’ve known of its veracity ever since – granted advanced technology transfers to the US Military-Industrial complex in exchange for permission for limited human abductions (for “genetic sampling”). Never mind that no such agreement is constitutional or lawful, the US government and top defense contractors have been forced into “plausible deniability” lying about a mountain of related crimes during the sixty-plus ensuing years. 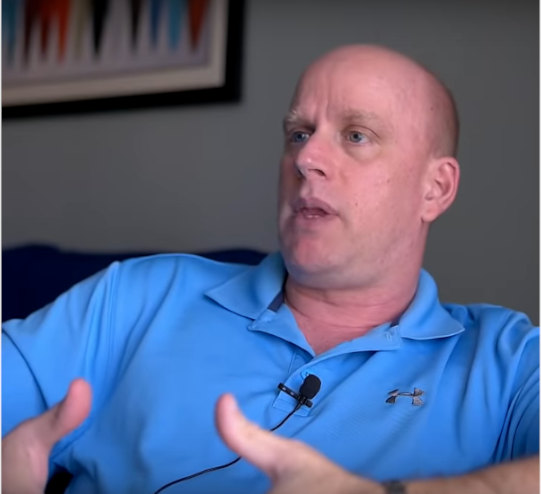 The video below involves a 4 hour conversation between James Rink and Johan Fritz on SSP topics, recorded in November, 2020. Their presentation has about 50 slides – 20 of which appear below – and is 2.5 hours long. It’s a fascinating dialogue.

Rink has put together a rare collection of interviews on his SuperSoldier Talk youtube channel, involving individuals who – like him – claim  SuperSoldier experience, involved on and off-world SSP programs.

An common aspect of SuperSoldier accounts is that they involve memories recovered despite memory wiping techniques, used to prevent the recall of activities, programs and personalities. Such memory control techniques came into the SSP orbit via the same means as other advanced technologies namely by ET partners, both “good” and “bad.”

As warmup to the presentation below, Johan and James sat down for a in-person conversation, which was also fascinating. Click the image to the right to listen. Johan recalls his experience growing up as a child, his rare psychic skills and the strange encounters that led to him being recruited into a “super-soldier for kids program” at 8. Johan’s account, as strange as it as to those with no prior familiarity with SSPs and SuperSoldiers, actually fits well the typical profile. 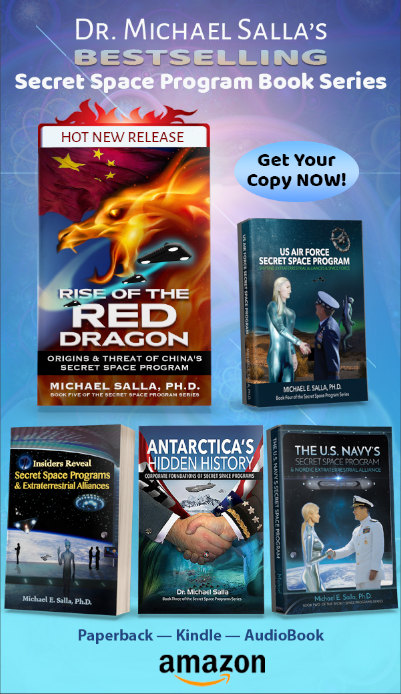 Johan’s accounts involve some really out-there topics. It’s interesting, then, to note that while Dr. Michael Salla – our world’s most respected researcher and author on ET topics – discounts the methodologies James Rink uses in his SuperSoldier Talk series, via his own acclaimed Secret Space Program book series, he has documented all the key points Johan Fritz makes in his presentation below.

Many items on Dr. Salla’s Exopolitics.org website along with the aforementioned book series confirm the existence of the Nazi, Dracos and Greys Nacht Waffen network holed up under Antarctica, now with thousands of star fleet battle groups engaged in hostile action across our galaxy, also engaged in clandestine hostilities against Earth’s human population (think COVID, AI Merge, “vaccines” and 5G).

Dr. Salla’s has documented that the Dark Fleet network maintains ties within the highest levels of the US Military-Industrial complex, NATO and Cabal networks. As Johan’s testimony indicates, Dr. Salla says some Dark Fleet elements are defecting and shifting the balance ever more in favor of planetary liberation. Here are points from Johan’s Dark Fleet testimony independently documented by Dr. Salla –

Johan’s Memories of Serving in the Dark Fleet

This conversation was originally streamed live in November, 2020. In it, Johan Fritz covers an amazing range of what he represents to be recovered memories of Nacht Waffen service, involving the Nazi-Dracos-Greys alliance holed up under the Antarctic ice, but with – it’s claimed – over 5000 star fleet craft active in menacing actions throughout our galaxy. There are potentially no more important Great Awakening revelations right now than those of the type discussed in this rare conversation, esp. per Johan’s claim to represent a 20% Nacht Waffen fleet element that broke away from the main group in 2018, to join what some now call the Earth Alliance. IE: a mixed human and ET network associated with a benevolent Galactic Federation, involved in countering major Cabal projects both on and off planet. 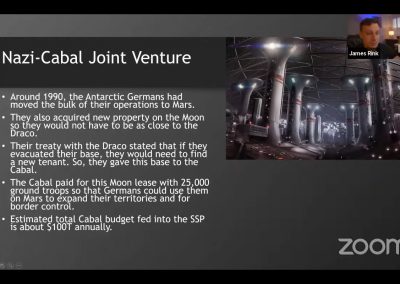 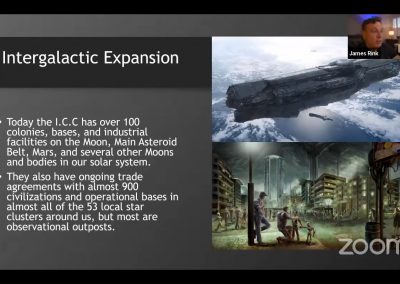 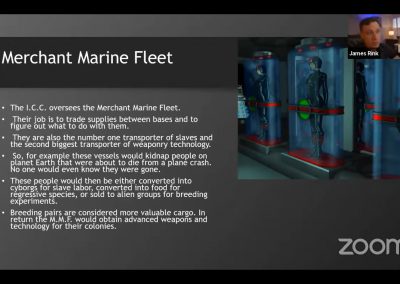 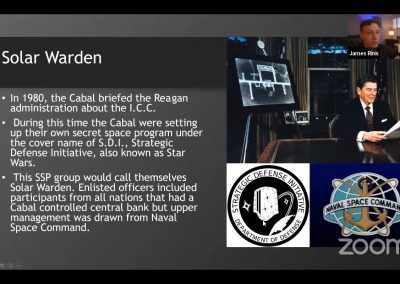 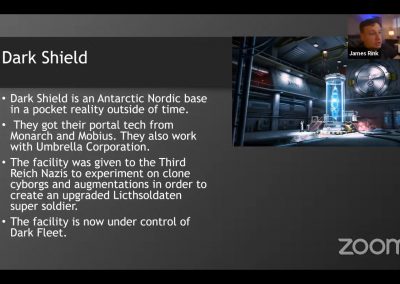 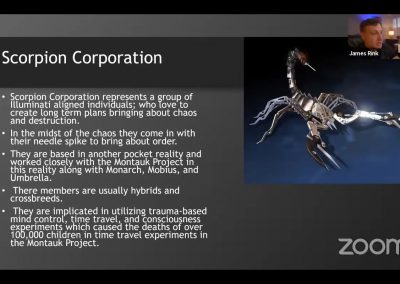 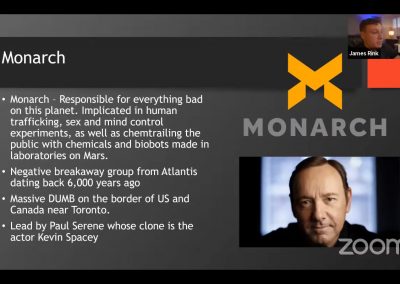 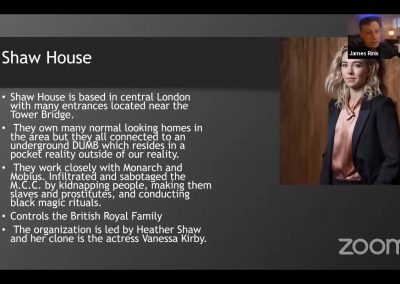 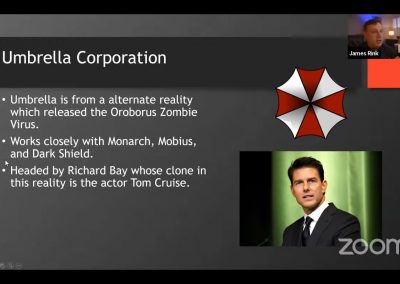 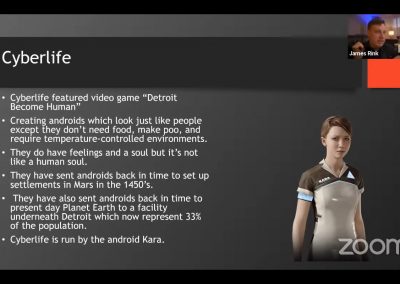 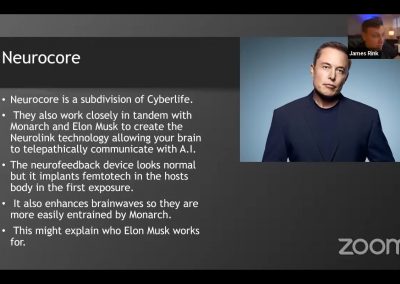 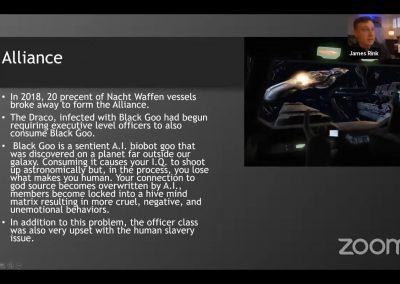 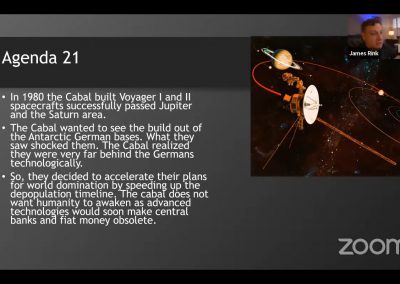 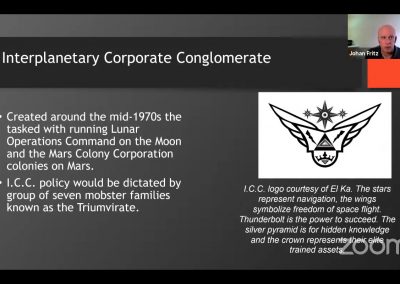 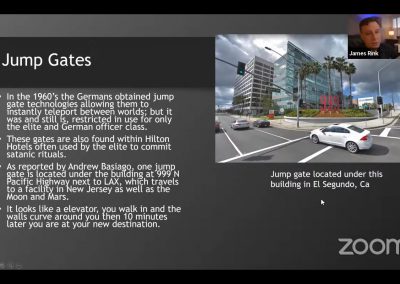 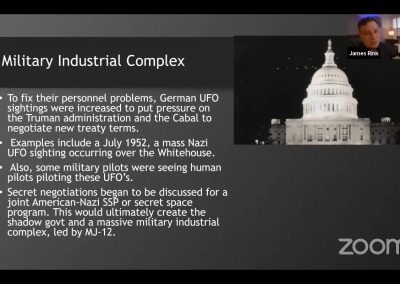 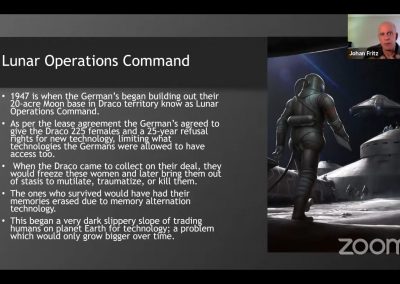 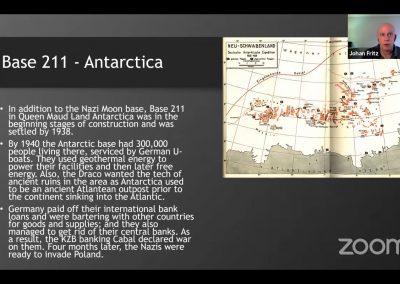 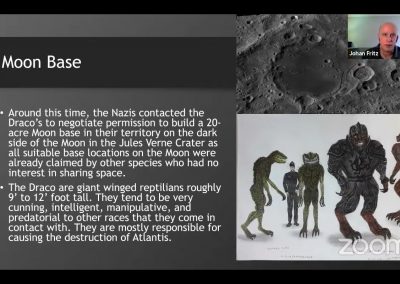 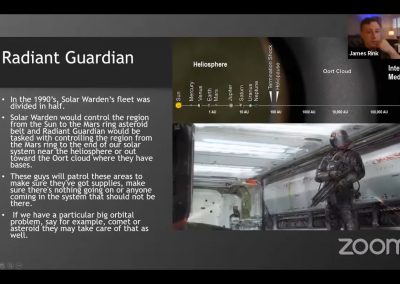