We know the COVID injections are setting up long-term AIDS like chronic auto-immune conditions by disabling the immune system via the mRNA spike protein mechanism, while there also are assorted “AI takeover” technologies integral to the Moderna patent which all COVID injection formulas conform to. This video gives further, truly shocking insights into just how sophisticated the AI takeover technology of COVID injections is. The self-replicating graphene oxide nano-fiber tubes – aka: “Morgellons fibers” – are just one component. Also involved are self-assembling spherical magnetic nanos and, to top it off, a bizarre biological micro-organism called “Hydra Vulgaris,” which interacts with the aforementioned synthetic nano compounds to form “artificial neurons.”

Yup, so AI TAKEOVER deserves capital letters. It’s a major aspect of the game plan. As for all such being “experimental,” not exactly. Substitute the phrase, “highly classified.” Various individuals who’ve given SSP (secret space program) testimony – including Corey Goode and Johan Fritz – say the Antarctica based Dark Fleet and its Draco allies require “black goo” injections of fleet officers. What that refers to is…the same black magnetic self-assembling nano disks that Dr. Botha shows in the video below. Related SSP testimony indicates that when dead Draco reptilians have been autopsied, their bodies are filled with “black goo” nano compounds, evidently under the control of a rogue cosmic AI. The same SSP whistle-blowers speak of “AI signal scanning” routinely performed by the “Earth Alliance” fleets as a security measure, to quarantine individuals infected with AI linked black goo. 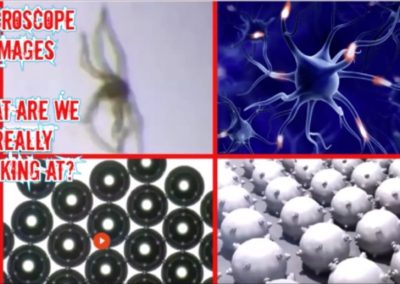 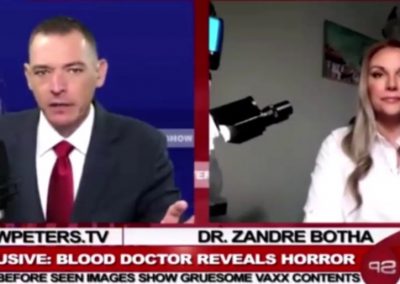 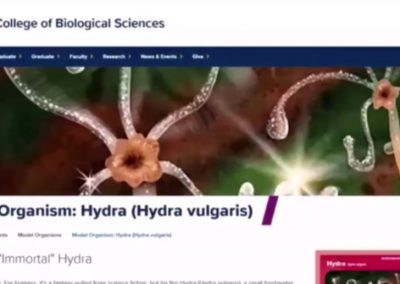 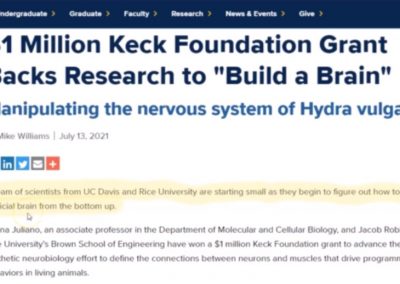 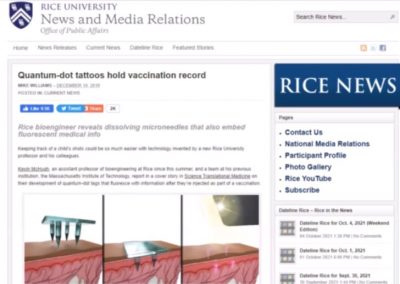 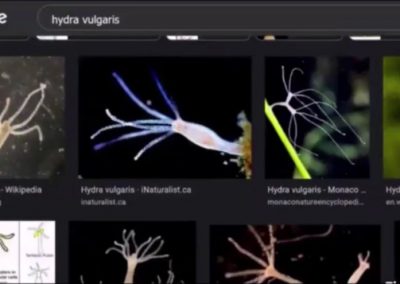 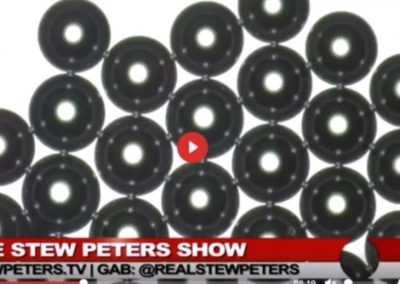 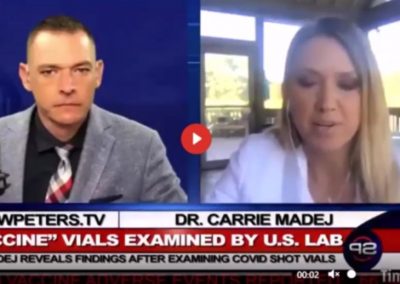 The first 40 minutes of the video above are really good. Note: the video’s narrator is basically a “Christian fundamentalist.” Since the start of the COVID takeover project, it’s been interesting that, in general, the “conservative” and religious segments have consistently been more on target in recognizing the nature of the huge crime in progress vs. liberal-left segments. And, why? It’s because, since the Clinton era, the global Cabal shifted its psychological warfare emphasis from the conservative toward liberal segments.

In the clip above, Dr. Carrie Madej comments on COVID injection AI technology…

They were self-assembling. And, I don’t know if they’re synthetic or biological or both. I couldn’t believe what was happening. It would move across the microscope so fast I could barely follow it, and then it would stop on a dime.

Both graphene oxide nano-fibers and metallic nano-disk compounds are in the COVID injections. Stew Peters also interviews Dr. Zandre Botha in this clip, a South African MD who’s expert in blood analysis. She shows photos of slides from her own microscope showing magnetic nano compound metallic disks that “self assemble,” are obviously non-biological and “programmable.”

“And the only thing consistent is that you’re seeing these structures in the blood only of those patients who’ve received the so-called COVID vaccines.”

This creature…it’s one of the six novel organisms…that people in trans-humanism really love. And, the thing with this one is, it’s immortal. It doesn’t die. It continually regenerates stem cells. And, get this. It can regenerate so well that if they put it in a blender, blend it up, then take all the pieces and put them in a petri dish, it re-assembles itself!

Carrie mentions NIH funded UC Davis and Rice University research, recommending that Hydra Vulgaris organisms be used in trans-humanism projects. Self-replicating Hydra Vulgaris organisms are being used to create “synthetic neurons” inside those who’ve received COVID injections. Carrie shows a research article titled, “Manipulating the Nervous System of Hydra Vulgaris,” with this excerpt, “A team from UC Davis and Rice University are starting small as they begin to figure out how to build an artificial brain from the bottom up.”