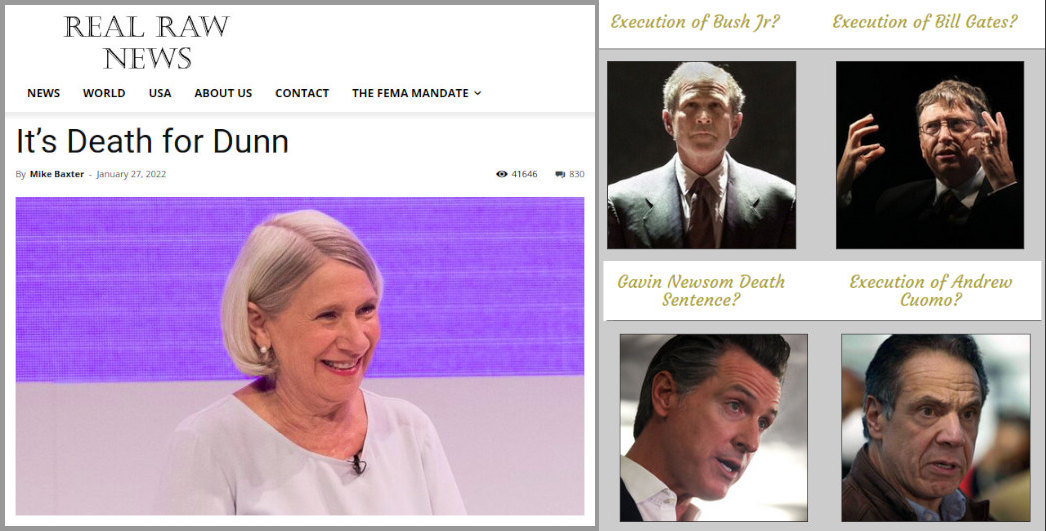 Are the RRN Gitmo Reports for Real?

RealRawNews.com has been published reports this past year – such as those outlined here – involving alleged arrests, trials and executions of key Deep State operatives at the US Navy’s Guantanamo Bay base. The RRN reports have claimed that Bill Gates and former Governors Gavin Newsom and Andrew Cuomo have been executed following military tribunal processes, as well as the Clintons and others. True or not?

We know Gitmo was dramatically built-out over the past 3-4 years, the only reasonable purpose for that being to process a large number of cases there via military tribunals. Gitmo was active throughout the past decade-plus as a holding and processing facility for “war on terror” detainees from nations US and NATO forces invaded, occupied and basically destroyed under false premises, due to their international Cabal financiers and planners demolishing the Twin Towers in 2001, precedent to setting up what was intended to become a global military lockdown project, starting with the oil-rich Mideastern nations.

Clearly, the worm has turned and, now, the US Navy commanders running military tribunals at Gitmo are going after the very Cabal kingpins responsible for misdirecting the US and NATO machinery in the aforementioned campaigns, and others stretching back to Vietnam if not further. The RealRawNews.com team is definitely connected to US Navy high command and to GItmo trials running under the direction of USN Judge Advocate General, Del Crandall. Here’s to hoping the RRN reports are for real, including this latest one alleging the sentencing of Anita Dunn, handler for Deep State puppet, Joe Biden. Justice delayed is…nonetheless welcome. 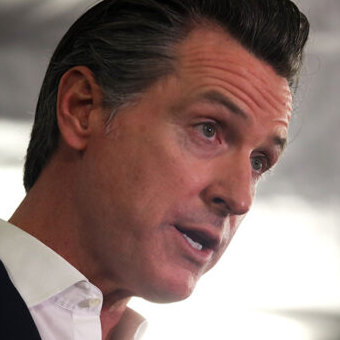 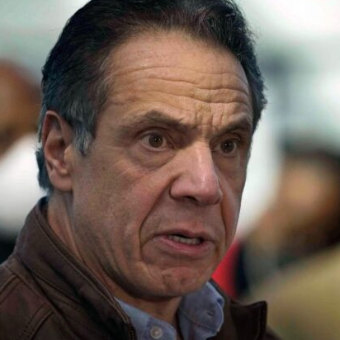 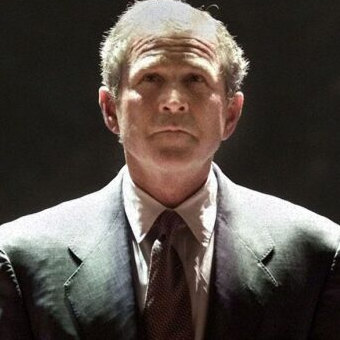 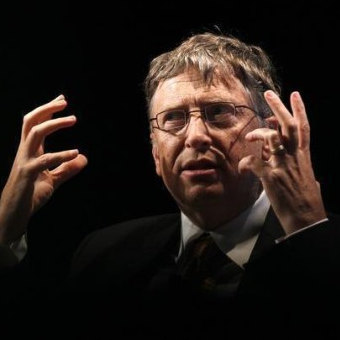 During the Trump presidency, it was repeatedly claimed that the US Attorney for Utah, John Huber, was collecting a list of “sealed indictments” involving high international crimes – over 200,000 in total, mainly related to human trafficking and war crimes – to eventually be unsealed and acted upon via some form of “mass arrests.” It was claimed that the 2017 Executive Order signed by Trump authorizing US agencies to seize assets and-or arrest those involved in such high crimes, was an associated piece to the puzzle. Such Executive Orders were indeed given to Trump to sign by the US military network that initially encouraged him to run in 2015, so that they could carry out a “drain the swamp” exercise under his protection.

Fast forward to 2021, Trump signed the Insurrection Act prior to leaving office at the first of 2021 – due to theft of the 2020 presidential election – authorizing the US military command (under direction of the Joint Chiefs) to take formal control of the US federal government. That’s the situation, albeit unannounced, that’s prevailed ever since. While the “mass arrests” story and long-promised grand unsealing of indictments faded into the background, there has nonetheless been a slow boil of related reports coming from the RealRawNews.com network which, definitely, is connected to the Gitmo command structure, they being ground zero for any major US military tribunals process.

While virtually certain RealRawNews.com is not a hoax – among other things, they repeatedly cite the involvement of Vice-Admiral Del Crandall who, indeed, is the US Navy’s Judge Advocate General – it’s not guaranteed they never float a claimed arrest or execution as a trial balloon to see how the public may react, prior to deciding to…arrest or execute that individual. Complicating matters, human cloning is real and it’s been Cabal practice, in recent decades, to periodically develop “spares” for top politicos in their employ. Likewise, Hollywood has developed amazingly sophisticated AI programs capable of “animating” any known personality to deliver a given script, the result being a stunningly convincing fake.

This said, where there’s smoke there’s fire. There’s no doubt the Gitmo boys are indeed running military tribunals right now, covering both human trafficking, war crimes and Corona Crimes territory. Here’s to hoping they dramatically expand scope over the remaining months of 2022 and beyond. 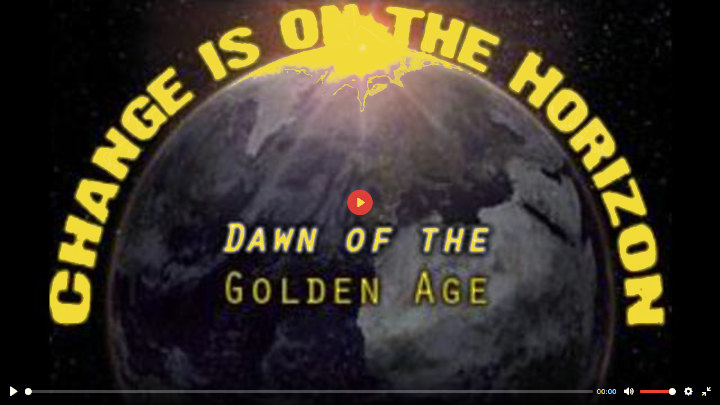 Change is on the Horizon: Dawn of the Golden Age

This three-hour documentary, by James Rink, outlines his understanding of the original NESARA plan, as it organized around Gen. Roy Swasinger and approximately 200 mostly retired senior US military personnel in the late 1980s. Forced underground, that network – with its locus in high-level US Navy circles – tried unsuccessfully in 2000 to openly launch NESARA after being clandestinely ratified by a congressional “select committee.” That effort was stomped dead by Bush Sr. and his CIA and Mossad associates. The USN NESARA network’s Pentagon offices were those hit by the cruise missile on 9/11, the goal being to destroy forensic evidence related to the NESARA investigations.

The remnants of the frustrated NESARA network is the one that approached Donald Trump in 2014, proposing that he run for President so they could perform a behind-the-scenes “Drain the Swamp” project in the background. Trump agreed. As part of the deal, he was handed a set of Executive Orders drawn up by the NESARA network to sign once President. He largely complied with that, including this stupendous Executive Order signed during his first month in office (subsequently blocked by the CIA).

As the years wore on, Trump was continuously harassed, threatened and wooed by high-level trans-Atlantic Cabal elements in the Pentagon and US agencies. He finally caved by agreeing to spearhead Operation Warp Speed, knowing that was part of a larger “COVID Great Reset” planetary takeover project, albeit one most in the Pentagon and the agencies wanted to see happen (per their “full spectrum dominance” goals). Operation Warp Speed is what forced the FDA Commissioner to authorize COVID “vaccines” 5 years earlier than would otherwise have been possible.

Trump did indeed authorize the Insurrection Act prior to leaving office, justified by theft of the 2020 Presidential election. That put him into the quasi Commander-in-Chief’s role he’s been in ever since. While the USN NESARA network has been trying to get military tribunals underway at Gitmo (Guantanamo Bay) past 3-4 years, they have been embarrassed and confused by Trump’s COVID “vaccine” promos. That tension reached a head following Trump’s interviews with Bill O’Reilly and Candace Owens, wherein he made outrageously false statements both about COVID risks and the efficacy of “vaccines” (including that he’d gotten a “booster,” ie: saline solution).

As a result, the Gitmo command issued this opening warning to Trump. The beneficial effects were immediate. Appearing at a rally in Arizona a few days after that warning was issued, Trump claimed that vax mandates “were over” in the US, Biden’s moves along such lines having been disastrous. All good. Let’s hope that about-face gives further confidence and momentum to the Gitmo commanders that “We the People” want a major cleanup of top COVID Great Reset perps and we want it now!

The Climate Change Narrative vs. Science and Suppressed Revolutionary Energy