Yet another AMAZING update from head of the Global Repository and “Ground Command,” Kim Goguen.

“I think we will see very soon how this all plays out. That’s all for today’s UNN Special Report. I’m Kimberly Goguen and I am Ground Command.” 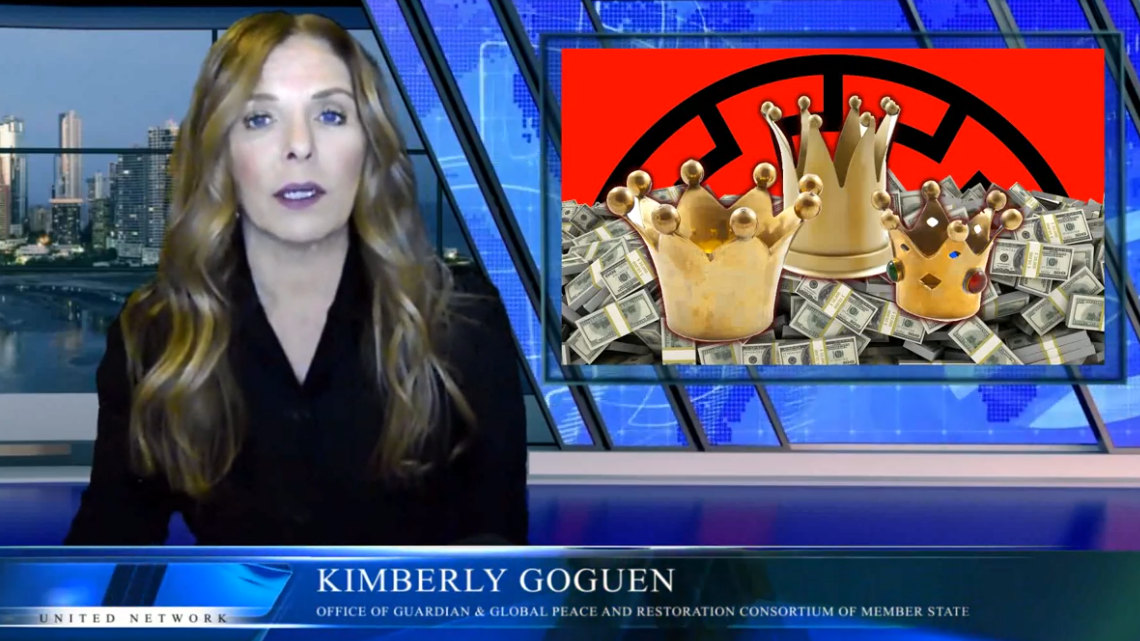 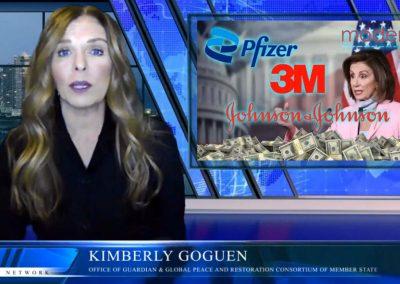 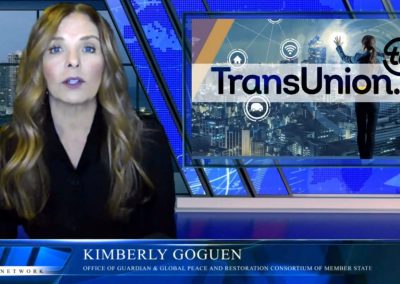 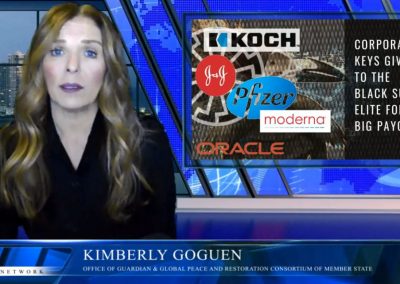 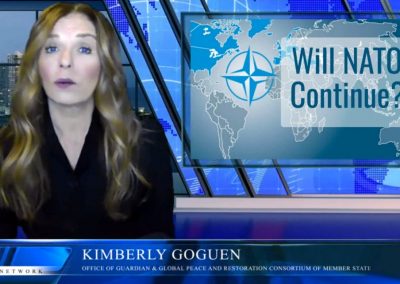 Highlighting Tony Fauci’s limelight Corona Crimes role, Kim refers to “Dr. Fauci of Black Sun fame” and notes that our corrupt and disgraceful national “law enforcement” agency, the FBI, finally beginning to prosecute the COVID genocide agenda, is a clear sign that the COVID gravy train is hitting roadblocks. IE: thus, the sharks are starting to turn on each other.

Noting that “Vaccines make big money,” and that Nancy Pelosi and other top US law makers have recently been caught with major investments in Pfizer, Moderna and Johnson & Johnson, Kim adds,

“General Milley and the Joint Chiefs of Staff are allegedly splitting around 17% of the profits made from vaccinating the military.”

Want to know why governments around the world and their health ministries so quickly fell in line with the whole absurd Bad Bat Soup pantomime, shutting down their own small and medium sized business sectors and treating their populations like prisoners. Funny that our world’s corporate media has never mentioned the 2017 World Bank issued “COVID Bonds,”

“Payouts on COVID bonds issued by the World Bank in 2017 – yes, two years before the pandemic began – promised governments around the world on the 17th and 19th of January were not delivered. This has led to many nations’ decisions to move away from the COVID narrative, as they feel that the money train…is not coming.”

Referring to the “The KGB generals” that run the former Soviet states,

“I have witnessed this personally at the 2015 BRICS meeting. The meeting starts two weeks before the leaders do the song and dance for public consumption. The amount of trade deals being made…on the black market, were in the trillions at the time. However, this big business came to a halt in 2019 when I…stopped funding the governments.”

Kim reports that the highest level Cabal ie: “illuminati” council on the planet – the fabled Council of 3 at the core of the ancient Council of 13, which directs the relatively well-known Committee of 300 (chaired by the Queen of England in recent decades) – as of last week, is no more. Few on planet Earth realize the MOMENTOUS GOOD NEWS this represents, as a very clear sign that the past 13,000+ years of “planetary satanic rule” has now ended,

“The last remaining human members of the world government in London had been pulling the strings. I like to call them the Triple Crown. You may call them the top of the Illuminati, the Khazarians, the Banksters. Several weeks ago, the deals were cut, with promises of big payouts around the 17th of January.

One by one, the Triple Crown became none, and the departed were nothing but a faint memory. On Sunday of last week, the last remaining member refused to go down without a fight. The Israeli gentleman decided to rally. He tried to issue bonds against offshore oil found off the coast of Africa, as well as oil within the former USSR states. The bonds were to sell for $900 billion. The stage was set. However, his network connection to his very elite trading system failed. He is nowhere to be found, as of this morning. JP Morgan found out last night there was no payout. Complete and total failure.

Referring to an “off-ledger trading system” used by high-up Cabal Black Sun members to reap enormous profits, which she and her team shut down this week, Kim says,

“If you were a Black Sun elite, you had a ticket to the gravy train. Every year the Order of the Black Sun would receive their money from the Black AI and trade in the off-market platforms. This has not happened since 2019, since the last time I funded the government. The next promised date is Wednesday of this week. With the failure of the oil bonds scam and the complete dismantling of the Transunion network, there will be a lot of disappointed military and agency members, tomorrow. The big question here is, will NATO continue? Will the tensions continue between NATO, Russia and the Ukraine? It only costs a cup of coffee to start a war, but it costs hundreds of billions to end one.”